As employees become more avid users of social media both personally and professionally, companies need to create clear policies on what is and isn’t acceptable and be prepared to revise the guidelines as the world of cyberspace connections continues to evolve.

Clearly, it’s changing fast. In February, the National Labor Relations Board settled a complaint against American Medical Response. The Greenwood, Colorado-based medical transportation company had fired an employee after she posted critical comments about her supervisor on her Facebook page. The NLRB stated that the company’s social media policy was overly restrictive and that the employee’s post was protected under labor laws that allow people to discuss their working conditions with co-workers and others.

“Certainly, almost every large company in the U.S. has a social media policy today, but the maturity and adequacy of policies varies widely,” says Chris Boudreaux, a social media consultant based in Austin, Texas. Many companies post their social media policies on their corporate websites, and Boudreaux has compiled about 180 of them on his own site (See: tinyurl.com/m4k2t2).

He says most policies he has reviewed include 90 percent of the same language. He advises that they all include such elements as:

• A statement of corporate objectives for using social media.

• The employees who have been designated to speak on behalf of the company.

• Social media etiquette and types of information that must be disclosed when posting comments.

“What is important are the differences that are unique to your particular organization and circumstances,” Boudreaux says. “Just don’t copy everyone else’s policy and put it in your database of procedures.” For instance, he notes that financial services firms might have stricter policies about confidential information and potential conflicts of interest.

When Stanford University’s Alumni Association decided in 2008 to create a social media policy, it borrowed the one drafted by National Public Radio and made changes to reflect its own needs.

NPR’s policy had the right tone and mix, says former Stanford Alumni Association Web community manager MeiMei Fox. “People are used to being so casual with their friends online that they might forget to behave in a more professional manner,” she says. “Even when they post to their personal pages, they still represent Stanford. I always say that you should act like you are wearing a name tag at a cocktail party, which identifies you as a Stanford employee.”

Social media policies shouldn’t be static. For example, an employer might reconsider a ban on disclosure of private information in work emails. Under such a ban, revealing a personal Facebook or Twitter account would be off-limits even though it could be valuable to communicate such information to customers and others outside the company. Other factors to consider in social media policies: whether to allow comments by outsiders, such as customers or partners, on the corporate blog, and which corporate information should never be disclosed in social media. For example, some companies don’t give out their internal email addresses or organizational charts, while others are more open about such information.

Computer manufacturer Dell Inc. is a leader in supporting social media, using blogs, Facebook, Twitter, and other online tools to promote products and deal with customer complaints. Its first social media policy was posted online in August 2010, and it underwent some revisions this past summer, mostly to reorganize the way topics are presented and to clarify how Dell owns particular Twitter accounts, according to Dell’s senior legal counsel Ryan Garcia. Dell needs to be specific about what happens when the company hires people with existing Twitter accounts and how the accounts are treated when they leave the company.

Social media policies also need a training component so employees can learn how to use the tools to the best advantage. Dell, for instance, offers Social Media University, a series of 11 classes.

The Justice Department of Victoria, Australia, created a short video that reviews its social media policy in a very engaging way, providing specific examples of do’s and don’ts (See: tinyurl.com/3vpoxcv). For example, it teaches that social media are more than just Facebook or Twitter, cautions against excessive personal use during the workday, and reminds staffers that their posted comments are public. 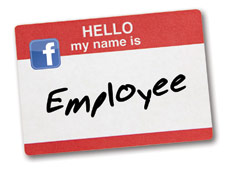