Together at Last: How HR and Finance Are Working Together to Rein in Costs

The walls between HR and finance are finally tumbling down.

It took a global economic crisis, skyrocketing health care costs and a looming mass retirement to break down the long-standing silos, but the two departments finally are working together to optimize employee health benefits. New research from advisory firm Towers Watson & Co. shows human resources may lead discussions about which benefits programs to invest in, but finance is playing a larger role in the final decisions on where those dollars will be spent.

“On their own, HR doesn’t always understand the cost implications of a program, and finance may not be aware of the impact to workplace demographics,” says John Bremen, a managing director based in Towers Watson’s Chicago office. “But when they work together, they choose programs that deliver the greatest total value to the company.”

The lagging economy combined with rising health care costs and uncertainties around health care reform are driving these collaborations, Bremen says.. According to a Towers Watson survey released last December, a majority of HR executives (81 percent) and finance executives (55 percent) agree that setting reward program strategy is largely driven by HR. But a greater number of finance respondents (53 percent) indicate they are most involved in budgeting for those rewards, compared with 47 percent of HR executives who see themselves in the lead. And, while cost was the driving factor for both groups in making decisions about health care reform, neither expects health care costs to consume a greater share of the total rewards pie.

In many companies, particularly those with smaller leadership teams, HR and finance forge bonds naturally. But in other companies it takes a crisis for such collaborations to occur.

“The combination of health care reform, retirement planning and the lagging economy are a perfect storm of crises,” Bremen says. “HR and finance have to work together in these circumstances if they want to get a handle on their costs.”

Finding common ground with finance people can be a lot easier if HR personnel speak their language, says Jerry Curtin, director of human resources for Standard Process Inc., a whole-food supplement company with 300 employees in Palmyra, Wisconsin. “When HR can validate benefits investments with real metrics, finance is beyond happy,” Curtin says.

He works closely with his company’s chief financial officer to define every benefits program in terms of cost and return on investment, then creates measures to track that value proposition. He points to the company’s wellness program, which includes health education, on-site exercise classes, incentives for seeing doctors and nutritional guidance.

While it’s difficult to measure the value of employee wellness, Curtin won the CFO’s support by aligning the return on investment with reduced overall medical costs. And according to his metrics, the wellness programs have more than paid for themselves. In the past seven years, the company’s health care offerings have gotten more robust, yet health care costs have dropped thanks to the improved health of the employee population, he says. “We’ve shown unequivocally that our wellness programs deliver bottom-line results, which more than justifies the investment.”

Collaborations between HR and finance can also lead to innovative programs that not only cut costs but also reduce turnover, manage risk and help companies attract and retain the best employees. Such is the case at Harris Corp., a communications and information technology company with 17,000 employees worldwide, and 6,500 employees at its headquarters in Melbourne, Florida.

Twelve years ago, the company built an on-site medical imaging center in an effort to rein in skyrocketing health care costs while improving quality of care. The idea came through many hours of discussion between HR and finance, says Jeff Shuman, head of human resources. And the results were impressive. Imaging costs dropped so dramatically that the company later added a pharmacy, and eventually a full on-site health care facility staffed by physicians and other health care personnel. Today, 100 percent of the Florida employees and their dependents use the imaging center, 90 percent use the pharmacy and 75 percent use the medical center.

“It has saved us millions of dollars,” Shuman says. And it’s given the company greater control over its health care spending because they can evaluate how the facilities are used to customize their offerings.

The company never would have made such a radical investment in on-site health care had HR and finance not collaborated toward the common goal of cutting costs and reducing financial risk, Shuman says.

Such cost-saving ideas arise naturally when these departments collaborate, Bremen adds. “When human capital is the single-largest spend, it takes the collective effort of HR and finance to balance cost management with attractive programming.”

Sarah Fister Gale is a freelance writer based in the Chicago area. To comment, email editors@workforce.com. 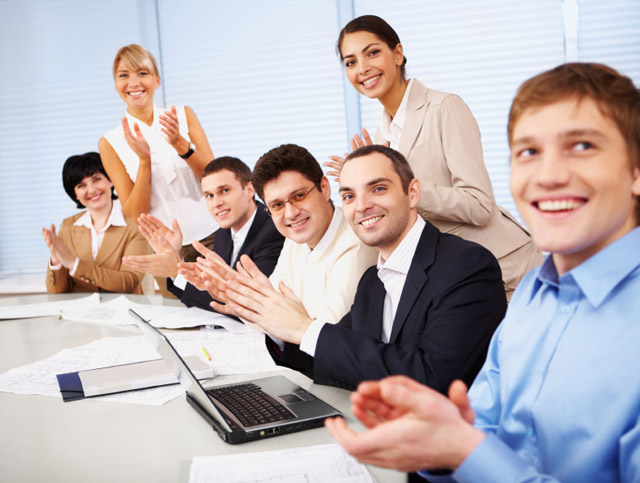