Staying Afloat in a Digital Flood of Communications

Amy Leschke-Kahle was fed up with employees griping about information overload, their overflowing e-mail boxes and the family time they were losing as they struggled to stay afloat in a digital flood.

So the development manager of internal employee training at Moline, Illinois-based John Deere set out nearly two years ago to offer a training class at the agricultural and forestry company, which employs 52,000 people worldwide. Her goal was not just to provide software tools, but to train interested employees to better handle e-mails, reports, text messages and numerous other competing information priorities without retreating into a self-defeatist mind-set.

Since that first pilot course, involving about 20 employees in late 2006, at least 400 people have completed the nine-hour multi-week training at John Deere. Nearly nine out of 10 employees surveyed at least eight weeks after the training report that they’re using the strategies to ease their daily workload, Leschke-Kahle says.

“What I’ve found is that for most people it’s not so much the issue of having the right piece of software or the right tool or the right gadget,” she says. “What the training does is it opens people’s awareness up to the fact that, ‘Yes, I can manage this.’ And it gives them a toolbox to start figuring out what works for them.”

Information overload: the term has become used nearly to the point of cliché, but the phenomenon at corporate desks is real. Slightly more than seven out of every 10 U.S. workers report feeling inundated, according to a LexisNexis survey of 650 white-collar workers in December 2007. Forty-one percent say they will reach a “breaking point” if the volume continues to escalate.

Still, many corporate leaders have been slow to intervene and offer employee support, says Nathan Zeldes, a principal engineer at Intel who has been studying information-overload interventions at the Santa Clara, California-based semiconductor company for more than a decade.

“A small number of companies are taking some action,” he says. But comprehensive strategies or training efforts—beyond, say, offering a dozen tips to reduce e-mail volume—remain limited at this point, he says.

Several stumbling blocks exist, say experts in the evolving field. To start, few companies employ an information-overload guru or other designated person with oversight responsibilities. Meanwhile, hard data about return on investment at the individual company level remains scarce, driven in part by the difficulty in measuring the productivity of a knowledge worker, whose product is ideas rather than keystrokes or widgets.

But corporate attention has recently begun to coalesce. In June, the Information Overload Research Group was formed to raise awareness and to encourage more research. The nonprofit organization has attracted some high-profile names, including Google and Morgan Stanley, along with academics and product vendors, such as ClearContext, and is holding its inaugural conference July 15 in New York. Also in June, Zeldes released data from two Intel pilot projects, one focused on restricting e-mail and the other a “quiet time” initiative designed to encourage 300 engineers and managers to disconnect every Tuesday morning so they can better focus on complex cognitive tasks.

Workload on steroids
In many senses, information overload is nothing more than the eternal conundrum of time management—albeit on steroids. For generations, an employee’s workload was naturally constrained by the number of meetings and phone calls that could fit into a given day, says Michael Linenberger, a corporate trainer and author of the book Total Workday Control Using Microsoft Outlook.

In today’s business world, someone can write a full request via e-mail, hit “send” and: “Tag, you’re it,” Linenberger says. “You now have the potential to have hundreds of business interactions a day without your ever being involved in [generating] them.”

Other influences aggravate the situation. Telecommuting, sometimes across continents, eliminates the option of talking across cubicles or walking down the hall. Younger generations entering the workforce are comfortable with and dependent upon more technology, not less.

E-mail is “yesterday’s problem,” says Gloria Mark, a professor of informatics at the University of California, Irvine. She ticks off numerous other attention-scattering intrusions: text messaging, instant messaging and social networking sites, among others. What can be lost in the process is that magical super-productive, creative state—dubbed “flow” by psychologist Mihaly Czikszentmihalyi—during which a computer programmer might achieve a coding breakthrough or a consultant hammer out an insightful report.

Mark co-authored a research study, published in 2005, which determined that information workers were interrupted every 12 minutes by something unrelated to the task at hand. Three-fourths of the time, the employee resumed the interrupted work the same day. But on average, it took them 25 minutes to get back on track.

In an effort to discourage such interruptions, Intel piloted a seven-month “quiet time” initiative, which wrapped up in March. For four hours every Tuesday morning, the 300 employees in Austin, Texas, and Chandler, Arizona, completely disconnected. E-mail and instant messaging were turned off and phones were forwarded to voice mail. Meetings were discouraged.

At the end of the pilot, 45 percent described the approach as effective. Seventy-one percent said the approach should be extended to other Intel groups.

Some employees used the freed-up time to focus on creative tasks, Zeldes says. Employees who interact with clients a lot said the window allowed them to catch up, restoring their equilibrium, he says. But there were some hiccups along the way. A few months into the project, some employees had to be reminded that interruptions were OK if an urgent work situation arose, says Zeldes. “People need to use their common sense,” he says.

Frontline strategies
To better assist overwhelmed employees, companies need to provide direction on two fronts, says Jonathan B. Spira, chief analyst of Basex Inc., a knowledge economy research firm in New York. The firm last year released a white paper titled “Information Overload: We Have Met the Enemy and He Is Us.”

First, Spira says, employees should be taught how to better handle incoming e-mail and related tasks. Just as important, employees must learn how their own behaviors can adversely affect others. Senior managers need to discourage a “reply all” and cover-your-back mentality that launches lengthy and productivity-sapping e-mail chains.

Companies also need to train employees in technology tools beyond just e-mail sorting programs, Spira says. For example, virtual deal rooms can be set up online, providing participants with a central location to store documents and related correspondence. Neither does every discussion need to be immortalized in writing, Linenberger adds. Employees should consider when a brief phone conversation might be faster, strengthening a business relationship in the process.

As companies move forward, they also may realize that strategies need to be tailored to the employees involved, Zeldes says. Intel’s second pilot, discouraging e-mail on Fridays within working groups, didn’t receive as positive a response as the “quiet time” initiative. Just 29 percent of the 150 engineers and managers involved endorsed the approach, although 60 percent did recommend trying it with other Intel groups. The issue seemed to be that while the employees involved had desks near one another, they were frequently caught in meetings or traveling and thus couldn’t jettison e-mail, Zeldes says.

Measuring ROI
For the two pilots, Zeldes couldn’t point to any return on investment, in terms of increased productivity or other payoffs. It’s very difficult, he says, to measure the cognitive output of a knowledge worker. At John Deere, Leschke-Kahle questions whether such an analysis is even necessary, arguing that the results are obvious.

“People tell us it works,” she says. “I think you have happier, more productive employees.”

More hard data will be needed to persuade leaders of Fortune 500 companies to significantly invest in training and related software tools, says Max Christoff, a founding member of the Information Overload Research Group and an information technology specialist. Even so, companies ignore the potential competitive angle at their peril, say experts in information overload. For instance, Leschke-Kahle was reluctant to divulge too many details of John Deere’s training, describing the company’s approach as unique and proprietary. At this point, any information-driven company can reap a competitive edge if they can better handle the incoming deluge of information, Christoff says.

“We are reaching a saturation point,” he says, regarding how fast and long employees can work. “Now the competitive advantage comes to the extent that we can filter it [information], make it more meaningful and make it more actionable.”

Beyond e-mail
The John Deere training, which includes a number of Linenberger’s strategies, focuses on more than just e-mail headaches, Leschke-Kahle says. The overarching goal is to help employees to design their own approach to handling not just e-mail but also reports, phone messages and those random sticky notes. “It takes emotional and intellectual energy to go through each of those things every day and say, ‘Where did I put that?’ ”

A fundamental building block of the training course is to stop whining, Leschke-Kahle says, and she’s only half-joking. If people complained less about information overload, she argues, they could free up 5 percent to 10 percent of every workday.

This story was originally published in the July 2008 issue of Workforce Management magazine.

Charlotte Huff is a writer based in Fort Worth, Texas. 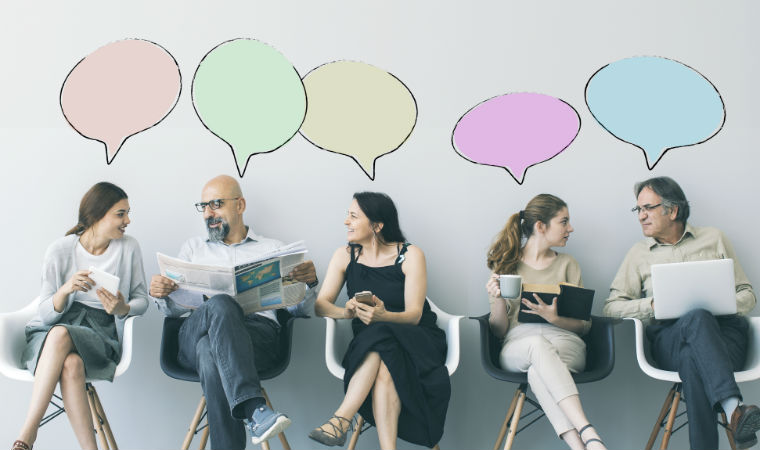