Work is a drag in the U.S. right now.

It is literally dragging down American’s well-being, according to the latest numbers from research firm Gallup Inc. This is so even despite evidence that both the economy and hiring are picking up. Still, there’s a bright spot for employers amid the gloominess. With so many workers glum on the job, companies have a great opportunity to stand out from the pack with a healthy, happy work climate.

The dispiriting numbers I’m talking about come from the Well-Being Index produced by Gallup and consulting firm Healthways. The index is made up of six component indexes: life evaluation, emotional health, work environment, physical health, healthy behaviors, and access to basic necessities. The work environment index, in turn, has four items: job satisfaction, ability to use one’s strengths at work, supervisor’s treatment (more like a boss or a partner), and whether the work environment is an open and trusting one.

From Jan. 1 to Feb. 1, the overall Well-Being Index skidded 0.2 to 66.4 out of a possible “ideal wellbeing” score of 100. Work environment was one of four components overall that fell during the month. All of these declines were less than a point. But work environment is the component that has fallen most since the Well-Being Index began in January 2008. It’s dropped 3.9 points to 47.4. That’s roughly four times the decrease of the second-greatest drop, a 1.1 decline in access to basic necessities. The only other component that is lower now than in January 2008 is physical health, which has slipped just 0.2 points.

And work environment is the component with the lowest absolute score. Life evaluation is second-lowest at 49.6, and the rest are at least 63.9 or more.

Is it a surprise that work is bumming out Americans more than any other factor? Not really. Trust is down after years of layoffs and continued worries about the overall economy. Job satisfaction has taken a hit amid the “work-more economy”—the flip side of the job-less recovery in which many workers have been charged with extra duties. And endless restructurings have weakened bonds with ever-busier bosses.

Given that work makes up such a large part of life overall, it’s probably a fair guess that grim, often grueling days at the office are pulling down Gallup scores in other categories such as physical health and life evaluation.

But there’s a silver lining in all of this for employers. When everybody’s happy across the economy, it’s hard to stand out as an attractive, productive employer. But gloomy times are when a glowing culture can get you noticed and give you a boost against the competition. Positive reviews—whether by word-of-mouth, formal awards or online accolades—attract new talent and help retain excellent employees. And an effective, inspiring work climate can fuel strong, sustainable business results.

What are you doing in this dark work climate? Are you paying attention to employees’ job satisfaction and career goals, training managers to be effective, cultivating trust? Are you creating a workplace that’s not a drag, but which boosts workers’ spirits?

Ed Frauenheim is senior editor at Workforce Management. To comment, write to efrauenheim@workforce.com. 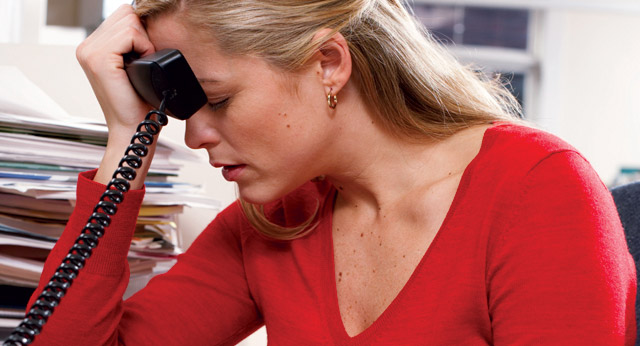