David Sacks had long felt frustrated in jobs where “there was never enough information about what other people were working on.” So Sacks founded Yammer Inc., a private social networking site for companies, based in San Francisco. It allows employees to be plugged into what everyone else in the organization is doing.

Launched when Sacks was CEO of Geni Inc., an online genealogy site, Yammer was spun off six months later, in 2008, with Sacks heading up the new company. Yammer has about 250 employees, most of whom have been hired in the past year, Sacks says.

Sacks, 39, is a CEO who practices what he preaches. He says his goal at Yammer is to “create a corporate culture that is very open and transparent,” which he believes helps lead to a “happier, more engaged workplace.”

“He’s unlike anyone else I’ve ever worked with before,” says Jessica Halper, senior manager of communications at Yammer. “He really facilitates conversation among the entire company, regardless of your level.”

Sacks says his goal is for Yammer to “solve the problems of coordination and collaboration in the workplace.” It’s a way to break down silos that limit or slow the flow of information so the product development team, for example, can quickly learn what the sales team is hearing from customers.

Yammer encourages feedback across teams, Halper says, and it provides a means for employees to learn about their fellow co-workers and recognize them for their contributions. It can be especially helpful in bringing new employees up to speed quickly on their new workplace.

Yammer has taken on an especially important role in global organizations, where employees are scattered among various locations. With Yammer, “it feels like they’re all working in the same office,” Sacks says. Yammer is now used by more than 100,000 companies around the globe. 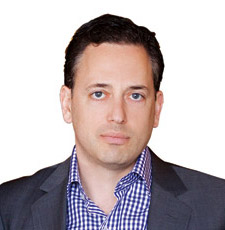