Film, Class: Roger Ebert’s Passion for His Work Should Inspire Us All

When Roger Ebert announced on April 2 that he was taking a “leave of presence,” it was a shocking reminder that the seemingly indefatigable movie critic and author was human after all. He just seemed superhuman with the prolific amount of content and critiques he culled together over his career.
But even with the announcement, somehow it didn’t even dawn on me that the end would be so near for the Chicago Sun-Times‘ Pulitzer Prize-winning film critic, who died April 4 at the age of 70. It seemed unfathomable to me that he had penned his last words. While I never met the man, I feel like I lost a friend, and I’m sure I’m not the only one who feels that way. He had a way of connecting with people that was uncanny.
With the health issues he dealt with later in life, no one could have criticized him for withdrawing from his work. But he didn’t. He remained in the workforce until the end, and in the process became an inspiration to the millions of people who followed his career.

As a child growing up in the ’70s and ’80s, my brother or I would turn the dial on our TV—we didn’t have a remote back then and there were only a few channels to choose from—and stumble upon the PBS show Sneak Previews or later At the Movies. It starred Ebert and the Chicago Tribune‘s film critic, Gene Siskel. I was captivated. Thumbs up, thumbs down. At the time, I was a Siskel guy. I always felt he was more critical of the films he reviewed, and I liked that “let ’em have it” attitude. Of course, Ebert panned his fair share of movies, but it always seemed gentler.
After Siskel died in 1999, Ebert carried on. He would team with a number of different hosts until he finally chose the Sun-Times‘ Richard Roeper to be his permanent partner on At the Movies With Ebert & Roeper. The two would work together until Ebert’s health wouldn’t allow him to continue on television.
As I matured, I came to appreciate Ebert for something that was lost on me as a child: his humanity. And I say this to intentionally contradict what I said in the beginning—Ebert was indeed always human. The organic quality that emanated from everything he wrote or spoke paid tribute to the deep appreciation he had for life and the cinematic world in which he thrived. He also never let his many health issues stop him from carrying on the work that he loved so much.
He lost his speaking voice following a cancer-related surgery, but he never lost his voice. He kept writing and working, continuing to review hundreds of movies each year. And I can never recall reading a “woe is me” comment from him. He lost the ability to eat and drink, but he said that didn’t bother him as much as not being able to converse with friends and family over meals.
Ebert’s path over the past few years couldn’t have been an easy one, but his perseverance should be an inspiration to people everywhere who are dealing with health issues—whether it be employees or their employers. For workers, they shouldn’t feel that their careers have to end because of a serious illness. They can still be productive, even if they aren’t physically able to do some of the things they once did.

And companies can learn a lesson, too, about supporting people with serious illnesses and making some accommodations to help those people remain a part of the team, as my colleague Rita Pyrillis wrote about in her enlightening article about cancer in the workplace. To help companies learn how to help people deal with cancer, for instance, the National Comprehensive Cancer Network and National Business Group on Health have a helpful reference guide.
The balcony is now closed forever with Ebert’s passing, but his lessons on passion and compassion should never go away. 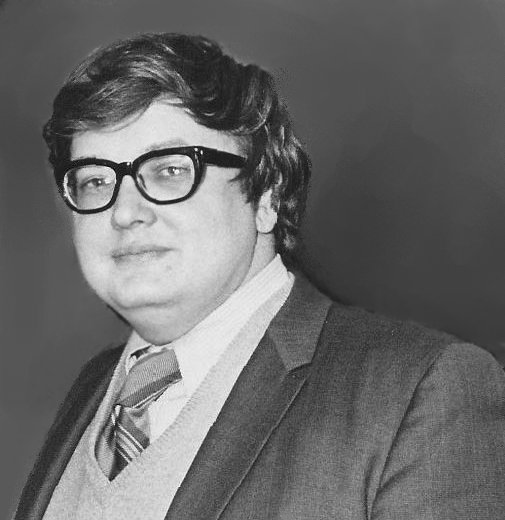