Shortly after Julie Heitzler joined the Orlando Airport Marriott, she looked at the associate engagement score of 75 percent and decided that it wasn’t good enough.

Since then, the human resources manager, 29, has accomplished the dual goals of increasing that number while cutting costs, in the process earning a reputation as a savvy leader who offers “extraordinarily powerful recommendations.”

“To me, Julie represents the future of HR, where HR leaders are trusted business partners,” says Roy Nassau, general manager of the Orlando Airport Marriott, who nominated Heitzler for a Game Changers award.

Heitzler strives to make the workplace a fun place. “I like being in a position to help people feel good about coming to work, like who they’re working for and feel like they’re making a difference,” she says.

To improve employee engagement, Heitzler researched scores at other hotels and then took department-level managers on what she calls a “learning journey” to one of the highest-scoring hotels. They returned with ideas inspired from their visit.

Among the changes made: Hotel leaders hold a monthly meeting for employees to recognize the associate of the month and to share stories of notable guest service. “It keeps the momentum and the energy levels sustained,” she says. Heitzler also talks about the survey throughout the year to keep the score “alive” in the minds of managers, who must develop action plans to foster engagement.

In addition to lowering turnover, which saves money, Heitzler found other ways to trim expenses. Most notably, Heitzler recommended phasing in pay hikes, which allowed the hotel to remain competitive in its marketplace but not incur the full expense at the beginning of the fiscal year. The result: $32,000 in savings.

Nassau lauds what he describes as Heitzler’s “balanced approach” to the human resources discipline. “When Julie is evaluating initiatives, she’s able to balance the financial impact of the initiatives with the benefit to the hotel work environment,” he says.

She hopes to stay with the hotelier but ultimately transition to a role where she can help develop initiatives that affect many of Marriott’s hotels.

“Now that I have field experience,” she says, “I feel like I’m able to utilize it in a role that will help my company roll things out better and quicker.” 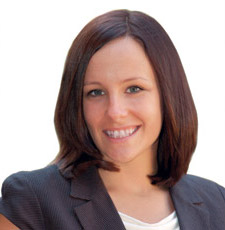