Before September, Jacqueline Reses had never formally worked in human resources, let alone managed the people side of a Fortune 500 company.

Reses’ mission: to reboot Yahoo’s corporate culture and, by association, its financial footing by revamping its workforce. She takes over for longtime HR head David Windley who Mayer replaced along with several other top HR executives as part of a wholesale regime change meant to right the struggling tech giant. Yahoo saw profits fall close to 15 percent in fiscal 2011 on a 25 percent dip in revenue.

One of Reses’ tasks will be helping orchestrate the “acqui-hires” that are part of Mayer’s turnaround strategy for the business. Mayer used the term in a Sept. 25 all-employee meeting to describe her intent to buy Silicon Valley startups as a way to acquire top engineering and developer talent.

Even before Reses was onboard, Mayer was making moves to win back the hearts and minds of Yahoo employees by reinstating perks such as free food at its Sunnyvale, California, headquarters. Mayer also has publicly backed giving iPhones and Android phones to all Yahoo employees, the better to acquaint them with mobile platforms that will play an important role in the company’s future business strategies.

To succeed, observers say Reses will need to overhaul an outdated compensation structure that has led to an exodus of top talent for better-paying opportunities at Yahoo’s Silicon Valley competitors.

There’s also speculation that Yahoo’s workforce revamp could include more job cuts. In April, the company said it would lay off 2,000 of its approximately 14,100 employees as part of a restructuring. In the quarter ended June 30, Yahoo took a $91 million charge against earnings to pay for severances related to the downsizing, according to regulatory filings.

Though Reses has no formal HR training, she’s not a stranger to workforce issues. Before joining Yahoo, she spent 10 years at the New York-based private equity firm Apax Partners, where she was involved in the firm’s recruiting and training, according to TechCrunch. In 2007, Reses solidified her standing in the upper strata of the private-equity world by winning the $7.8 billion acquisition of Thomson Learning, then the second-largest educational publisher in the country, according to Crain’s New York Business.

Yahoo officials did not respond to requests for an interview.

Michelle V. Rafter is a Workforce contributing editor. Comment below or email editors@workforce.com. 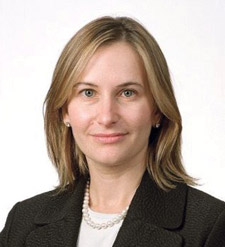