Workplaces Becoming a Stage for Corporate and Social Movements

In an era in which making your voice heard is more possible than ever, employees are empowering themselves and one another to incite real change in their workplaces.

A recent study conducted by global communications firm Weber Shandwick, in partnership with United Minds and KRC Research, delved into the recent phenomena of employee activism and how it is shaping workplaces and relationships between employees and their companies.

The genesis of the study, according to Leslie Gaines-Ross, chief reputation strategist at Weber Shandwick, is tied to recent activist movements by employees at Amazon and Wayfair.

“We firmly believe this is a movement that’s going to capture people’s imagination and their voices going forward, especially amongst the next generation who believe that they can make a difference,” Gaines-Ross said.

The study explores various facets of employee activism, identifying which demographics of the workforce are most likely to participate in social movements and gauging the impact that employees see their actions having.

One of the more significant findings was that millennials were the most likely to be employee activists at 48 percent, as opposed to Gen Xers at 33 percent and baby boomers at 27 percent.

“[Millennials] have grown up with technology. [They] see that when you connect and are a part of a network that you can create change [and] that you can make a difference,” Gaines-Ross said. “They’ve seen that in their lifetime.

“I also believe that they are very passionate about the role of institutions in society. The rewarding thing to me was to see that many of these millennial employees who are speaking out want to work for companies that have a purpose. That’s what they’re looking for, and employee activism fits right in there.”

The idea that employees want their companies to be purpose-driven comes through in how they view their own activism, too — 38 percent of employees replied that they were speaking up about company-related and social issues, indicating a sense that their impact can be widespread.

“In the study we asked them who they were hoping to influence, and I think there’s a cynical sort of attitude like, ‘Oh, they’re just trying to get media attention or something.’ But that’s not the case,” Gaines-Ross said.

The study also indicated that the end goal of many of these employee-led movements is to create more equitable, sustainable workplaces across policy areas.

Prominent workplaces issues today include income disparity, gender equity, climate change and racism, Gaines-Ross said. “All of these things that are on people’s minds — they’re trying to change their own organizations where they spend so much time to reflect properly what’s happening in the greater world,” she added.

And for human resources leaders, this means keeping an ear to the ground and adopting more nuanced ways to communicate between employees and leadership.

“It takes a different kind of approach than a traditional employee engagement survey that goes on every year,” said Kate Bullinger, president of management consultancy UnitedMinds. “We need to start prepping leaders for how to be more proactive and transparent in their thinking. That’s the job of HR to start coaching leaders in how to think differently about it.”

Bullinger again cited the employee activist movement at Wayfair, where approximately 10 percent of the company walked out in protest of the company’s decision to sell $200,000 worth of furniture to immigration detention camps at the United States southern border. She noted that feelings of resentment for that decision were likely percolating for a while among employees, and both HR and communications teams could have been more in tune with those sentiments earlier.

“It’s really got to be a close partnership between HR and communications,” Bullinger said. “It’s sort of a multi-pronged issue. You’ve got to have the right stakeholders involved.”

People and ideas are becoming more widely connected every day, and so employee activism is projected to be a phenomenon that only keeps growing.

“The number one thing that [employees] wanted to influence was their employer’s policies and actions,” Gaines-Ross said. “They are aiming to influence the culture, the structure and purpose of their organization.” 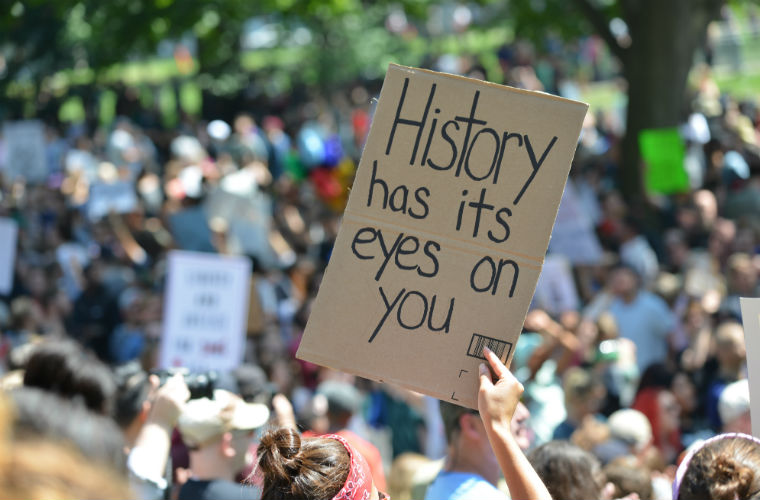