The Workplace Legacy of Barack Obama

Barack Obama had been in office a mere eight days when he signed the Lilly Ledbetter Fair Pay Act making it easier for women to sue employers for equal pay.

It was the first law he passed as president and a bellwether of eight years of actions to expand rights and protections for American workers that had employers balking at the prospect of added regulation.

Fair pay was just the start. From the early days of the recession, the Obama White House promoted policies to put people to work, improve pay and benefits and protect their rights on the job.

A Republican Congress pushed back on his efforts, leading Obama to use an unprecedented level of executive orders to change workplace and employment-related regulations for federal employees and contractors, moves he hoped private-sector employers would follow.

Not all of Obama’s labor and workplace initiatives succeeded. He failed to raise the federal minimum wage. Immigration reform remains in a holding pattern. An overtime pay law, a hallmark of his administration that would have affected about 4.2 million middle-wage workers, all but died after a federal judge blocked it in late November of 2016 shortly before it was set to take effect.

His relationship with unions was also inconsistent. A two-tier wage contract with union auto workers helped save U.S. automakers during the recession, but was widely unpopular with workers, as was Obama’s stance on trade. Obama appointees to the National Labor Relations Board, the federal agency that oversees labor laws and employees’ right to organize, issued more pro-union decisions than at any other time in 30 years, but other efforts to push through pro-union legislation weren’t successful.

As Obama vacates 1600 Pennsylvania Ave., other policies and programs he championed could be uprooted by Republican President-elect Donald Trump and a partisan Congress.

Regardless of what Trump’s presidency brings, the uncertainty that comes with such a radical transition presents even more challenges for companies and human resources departments, said Nancy Hammer, the Society for Human Resource Management senior government affairs policy counsel.

“Employers need to know what they’re working with so they can plan and organize policies and employees around what the rules are and get going,” Hammer said. “That was a challenge under the Obama administration because so many changes were made and requirements were piling up. Now we’re facing a situation of wondering whether some of those will be repealed. All of that causes difficulties for employers, and can require them to spend too much time on compliance when they really want to focus on the core mission of their business and keeping employees engaged and productive.”

Digging Out of the Recession

Obama inherited a flailing economy and didn’t waste time addressing it. In 2009, he passed a stimulus package that Rep. Carolyn Maloney, D-N.Y., calls the most significant economic legislation of his tenure because of the tax incentives and infrastructure spending that saved jobs from being axed and created new ones. “We went from losing 800,000 jobs every month at the end of the Bush administration to gaining an average of 180,000 jobs a month in 2016,” said Maloney, the ranking House member of Congress’ joint economic committee.

During his time in office, Obama increased family leave and paid sick leave, and blocked companies from retaliating against employees for talking about pay and other parts of their jobs. As on-demand services such as Uber produced more opportunities for work in the so-called gig economy along with lawsuits over worker misclassifications the Labor Department issued guidelines spelling out the standards companies should use to determine the difference between employees and independent contractors.

Obama also oversaw passage of a regulation that required 401(k) funds to disclose fees that could eat into workers’ retirement savings, and another directing public companies to disclose the pay gap between CEOs and average workers that’s set to take effect in fiscal 2017.

His worker-friendly policies helped the United States dig out of the recession. The country added a total of 15.8 million private and public sector jobs since early 2010, including 156,000 in December 2016 to keep unemployment at 4.7 percent, less than half what it was at the recession’s peak. Wages didn’t bounce back as quickly, though average hourly earnings for private sector workers grew 2.9% percent last year, the fastest pace since 2010.

Obama’s focus on improving fairness for workers through executive orders was unprecedented, according to Lisa Maatz, vice president of government relations and advocacy for the left-leaning American Association of University Women.

One highlight, according to Maatz, was an update to Office of Federal Contract Compliance Programs regulations barring federal contractors from discriminating or retaliating against employees and job applicants for sharing salary information. Another OFCCP rule change mandated paid sick leave for employees of federal contractors.

The guidelines were written in such detail “you could lift it and put it into your employer policy manual,” said Hammer, the SHRM legal counsel.

Having such a template can be a good thing, but it can also lead employers to adopt whatever the federal government minimum is as their own baseline, even if they previously offered something more, in which case, employees lose out, she said.

Under Obama, the NLRB was particularly active, especially on issues regarding terms and conditions of employment. The agency scrutinized to a much greater degree than past administrations employer policies that could squelch employees’ protected speech about terms and conditions of their employment, Hammer said. “The NRLB took a lot of those interpretations, through cases they decided, to an extreme level,” she said.

In another of his more significant organized labor actions, Obama convinced auto industry unions to accept a two-tier wage system that paid entry-level workers significantly less than what they would have made in the past. The deal kept U.S. automakers afloat during the worst of the recession, but was extremely unpopular with workers, dividing union solidarity, and transferring cost-cutting from other industries to manufacturing, according to the LA Times.

The administration also backed the Employee Free Choice Act, which would have required companies to recognize a union if over half the employees in a proposed bargaining unit signed on. But the legislation failed after Democrats couldn’t collect enough votes to defeat a Republican filibuster.

Also on his watch, five states — including Kentucky on Jan. 7, 2016 — passed right to work laws banning union membership as a condition of employment, bringing the total to 27 nationwide.

Growth of anti-union state laws coupled with Obama’s support for the Trans-Pacific Partnership pact, which unions opposed on grounds that it would hurt U.S. jobs, added to a string of grievances organized labor held against the Obama administration. Those grievances also included Obama’s decisions not to make union-favored changes to the Affordable Care Act and safety regulations, according to Bloomberg.

Despite the support he was able to provide, U.S. union membership continued a gradual but steady decline during Obama’s presidency. By 2015, just 11.1 percent of all U.S. private and public sector workers were union members, down from 20.1 percent in 1983, according to the Bureau of Labor Statistics. Shrinking numbers and frustrations could explain why rank-and-file union members who voted for Obama in 2008 and 2012 switched party allegiances to support Trump in the 2016 election.

States Pick Up the Slack

Some of Obama’s most enduring labor legacies could be the employee-friendly laws passed by cities and states that he wasn’t able to enact nationwide.

State and local governments also passed laws mandating paid sick leave and paid time off, and barring employers from discrimination based on gender, race and sexual orientation. In addition, cities such as San Francisco, Seattle and New York passed or are considering instituting so-called predictable shift laws that require employers to give hourly workers schedules two or more weeks in advance, among other provisions.

But a patchwork of local laws and regulations is hardly ideal. It adds to the complexity and costs companies bear setting up payroll and other human resources systems they need to manage people working in different geographic areas. Laws and regulations that vary by area don’t provide the uniform protections people count on. “We’ve always supported the idea of some uniformity across the country. Without it, it makes multistate companies hard to function,” said Hammer, the SHRM government affairs counsel.

Even so, state and local laws show “that you can be pro-growth and pro-employee at the same time,” AAUW’s Maatz said. “You can raise the minimum wage and companies will still form, and they’ll still hire people.”

Opponents of the program argue that U.S. companies rely on it for cheap labor. In an instance that supports their theory, Accenture paid a $500,000 settlement in October to a former H-1B employee from India for dropping a lawsuit that claimed the outsourcing and consulting giant treated him as a second-class citizen. In the suit, the senior software engineer claims he and other Indian H-1B workers who worked for Accenture in the United States were paid significantly less than U.S. employees and received inferior benefits, discrimination he alleges was based on nationality. Accenture didn’t admit wrongdoing as part of the settlement, according to Law360.

Ironically, a group of ex-Disney information technology employees who are suing that company after being displaced by H-1B workers, also claimed they were discriminated against because of their nationality — as U.S. citizens. That suit, filed in December of 2016, is pending.

By contrast, major U.S. technology companies and other supporters of the current H-1B program say it doesn’t go far enough. They’d like to expand the current 85,000 visa limit to accept more of the tens of thousands of H-1B applications the U.S. Customs and Immigration Service receives a year over that amount, so many the agency holds a lottery every April to pick the winners. The lottery is oversubscribed to the point that a majority of winners historically have been well-heeled information technology outsourcers that can afford to file more applications than they need to beat the odds of being selected, applications that run thousands of dollars each.

Miano isn’t convinced Trump can solve the H-1B problem either, especially since multiple bills introduced in Congress in recent years that haven’t gone anywhere. Sure enough, as the 115th Congress opened earlier this month, Rep. Darrell Issa, R-Calif., re-introduced legislation that would radically reform or even gut the controversial H-1B guest worker visa program. Trump has indicated he supports such a step.

Michelle V. Rafter is a contributing editor. Comment below or email editors@workforce.com. 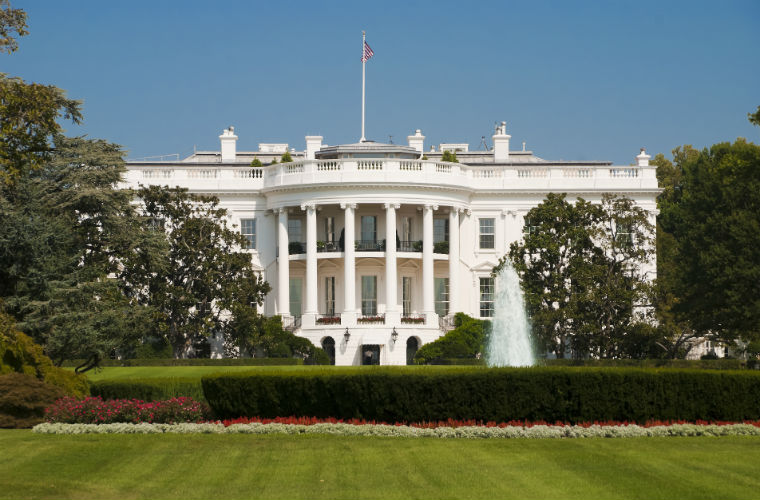