What Will It Take to Close the Skills Gap? Take an Educated Guess

One of the most pressing issues employers face today is the growing talent gap.

A recent nationwide study conducted by Harris Poll on behalf of my company, CareerBuilder, found that nearly 60 percent of U.S. employers have job openings that stay vacant for 12 weeks or longer. The average cost companies say they incur for having extended job vacancies is more than $800,000 annually.

The skills gap can have a paralyzing effect on businesses and the broader economy. The pace of technological change is only exacerbating the problem. We’re seeing roles evolve rapidly, as they grow more complex and require additional training. CareerBuilder research has shown that 2 in 5 employers are now hiring people with college degrees for positions that were previously held by those with high school diplomas. Sixty-one percent of these employers attributed this to roles within their organizations now requiring more sophisticated skill sets.

During a recent panel discussion on bridging the skills gap, I had the opportunity to talk with Donna Shalala, former U.S. secretary of Health and Human Services and current president of the Clinton Foundation; Austan Goolsbee, a professor of economics at the University of Chicago who was the chief economist for President Barack Obama’s Economic Recovery Advisory Board; and Kevin Gilligan, CEO and chairman of Capella Education Co.

Each had a unique perspective on the implications of and resolutions for the skills gap, but we came together on one theme: There needs to be a cultural change in how American businesses and workers view education.

In order to address the skills gap at scale, workers need to view education as a lifetime pursuit and employers need to assume more responsibility for training and be open to workers who have developed skills through alternative education models.

Education Can’t Be One and Done

A byproduct of accelerated technological advancement and automation is a shorter shelf life for skills. If workers want to ensure that their resumes remain marketable, they must continually acquire and enhance skill sets throughout the 40-plus years they may be active in the workforce.

The problem is the bulk of most people’s formal education takes place during the early stages of life, with a college degree often treated as an end goal and a means for students to take that first step into the workforce. Shalala, who served as the president of the University of Miami, cautioned that education should be ongoing, and that universities should be preparing people for their third, fourth and fifth jobs as well.

For many workers, cost is the major barrier to continued learning and skills development. A CareerBuilder survey found that 57 percent of private sector, full-time workers reported that they want to learn a new skill set to land a better-paying, more fulfilling job, but half of them said they can’t afford to do so.

Workers often feel trapped or discouraged or end up bowing out of the workforce altogether. The U.S. has experienced more than 75 consecutive months of job growth, yet the labor force participation rate remains at the lowest level since the 1970s — indicating a lack of confidence and a mismatch between skills needed and available talent.

Competencies are the New Career Currency

While companies prefer, and often require, a bachelor’s degree for certain roles, not every person is built for a four-year degree. The vast majority of the workforce doesn’t have one.

Because of the time and money required for formal education, alternative learning models, such as competency-based online programs, that can help develop skills quickly at a lower cost are growing in popularity.

Gilligan, who runs an education company, explained that there’s a paradigm shift underway in education, which places greater emphasis on competencies for getting ahead. Competencies can be modular and acquired in intervals. A web developer, for example, could add skills to become a mobile developer. A retail salesperson could add skills to become a retail supervisor. In either case, these skills can be attained in a short period of time and can position workers for higher-level, better-paying jobs. “Competencies are becoming the new currency for economic advancement,” Gilligan said.

There are multiple programs across the U.S. that take this approach to learning. Capella and CareerBuilder launched an initiative called RightSkill, which enables workers to upskill and reskill for in-demand jobs within 60 days or less. The program, which is currently free for candidates, teaches competencies online based on real-time data and guidance from employers.

Earlier this year, the National Retail Federation Foundation introduced RISE Up, a new, 15-module training and credentialing program that helps people of all backgrounds, education levels and ages acquire skills needed for a range of retail jobs.

Embracing Alternative Learning Models Is Critical to Being Able to Adapt

How well a company performs is based on its ability to adapt, and this includes the way it staffs its business and builds a pipeline of future employees. Companies can’t be tethered to traditional expectations for how workers acquire skills, especially in the face of accelerated technological change that can’t be captured in textbooks quickly enough. Companies need to embrace and support new methods for developing the workforce in their respective communities or they will be putting their businesses and communities at risk of falling behind.

Goolsbee argued that there has always been a race between technological advancement and workforce advancement. Markets that are slower to anticipate and adapt to changing market demands with upgraded skills tend to have a harder time moving forward.

Goolsbee compared the economic situations in Detroit and Silicon Valley. Back in the early 1980s, Silicon Valley was producing what would now be considered low-end hardware. In Detroit, they were manufacturing big, oversized cars. In both instances, there was a significant drop in demand for those products over time. However, Goolsbee pointed out that Silicon Valley didn’t face the same economic hardships that Detroit did because it was able to adapt and innovate. Silicon Valley was able to do so because it had and continues to have one of the most educated workforces in the country. Nearly half (46 percent) of Silicon Valley’s workforce had a bachelor’s degree or higher in 2016, according to data from Emsi, CareerBuilder’s labor market analysis arm. Detroit in comparison was on par with the national average at 29 percent.

“The only way to defeat market shifts is by acquiring more skills and more education — period,” Goolsbee said.

While still lagging in higher education levels compared to other markets, something interesting happened in Detroit that is helping to turn things around. Companies saw untapped potential in Detroit’s workforce and began investing in skills development for the Motor City. For example, Shinola, a luxury goods company specializing in watches, bicycles and leather items, opened up state-of-the-art manufacturing facilities in Detroit — bringing jobs and training to workers who previously worked on automotive manufacturing lines or in a variety of other roles.

JPMorgan Chase announced it is investing over $1.3 million to provide skills training for Detroit and implement a new leadership development academy. This is part of the company’s $100 million commitment to the city’s economic recovery.

Earlier this year, Detroit’s regional chamber president and CEO said its regional economy is improving. Among the 50 most populous metropolitan areas in the U.S., Detroit had the 19th-highest growth rate in real GDP from 2010 to 2015, at 12.2 percent.

Businesses Need to Take on More Responsibility for Training

So, what can employers learn from Detroit and other markets like it? Companies need to take a more active role in training the workforce within their communities — and, fortunately, many are already doing so. In nationwide research, CareerBuilder found that 49 percent of employers have hired a low-skill worker and trained them for a higher-skill job within their firms in the last two years. The vast majority of these employers (83 percent) reported that the worker is performing well.

Teaching new functional skill sets is important in bridging gaps and driving the unemployment and underemployment rates down, but Shalala said that efforts need to go beyond that. “The skills we’re teaching have to include empathy and working in teams and adaptability. If the training is too narrow and [workers are] not picking up on skills to adjust to the next job, we’re going to hold people up,” she said.

The most recent recession underscored the importance of training and preparing the workforce for change. While immediate measures need to be taken to address current talent gaps, employers also need to look to the future. They need to think about emerging technologies and skills that will be in higher demand five or 10 years down the road, and start cultivating that talent today.

Matt Ferguson is the CEO of CareerBuilder. Comment below or email editors@workforce.com. 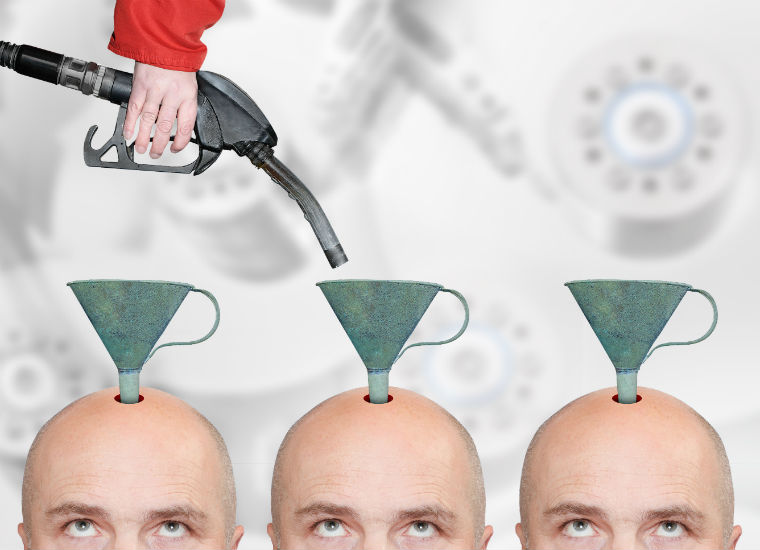