The Health Care Task Force may not be the most creative name for a super group of organizational planners, but it served a vital service for University of Minnesota in 2002 when the institution switched to a self-insured plan.

Rather than relying on the state of Minnesota, the university set up its own internal infrastructure, complete with internal expertise in areas like pharmacy, HR and law.

Fifteen years later, the university’s internal plan still yields impressive results contrary to general health care cost trends. They avoid the high-deductible health plan, which shifts costs to employees; their pharmacy costs are well below the national trend; and employees aren’t seeing a premium increase for 2018, according to Ken Horstman, senior director of total compensation at the University of Minnesota.

The university, which has campuses in five Minnesota cities, accomplished this successful internal program through its own expertise and clear goals. The health plan has gone through many iterations since its genesis in 2002, said Horstman, but what has always been consistent is considering the support of the employees.

For example, costs and trends were skyrocketing in the mid-2000s after the university shifted to self-insurance, he said. When developing the health plan and strategy based on those trends, the impact on employees was a major factor in the decision. “[We] held back on making any significant plan design changes that would shift costs to its employees,” Horstman said.

The task force included a law professor, HR professionals and a consultant who helped determine plan design and how to set up the initial premium structure, he said.

The university’s willingness to experiment, make mistakes and revamp strategy if necessary has contributed to the program’s success. Currently, the university is primarily focused on the overall value and results of the benefits plan rather than the cost, said Horstman. It would have been an easy decision to go the HDHP route like other employers, but the university had its reasons for pursing a different strategy.

“There’s nothing wrong with [HDHPs]. But over time, if you get into too high of a deductible area, it does limit the care people seek for themselves, and that was a concern on our part,” Horstman said.

“Is it sustainable for the future?” he added. “We’ll find out, there’s a lot of uncertainty in this environment, and we can’t control all of that.”

The rise of self-insurance in the face of today’s health care climate is something notable, and not only for large organizations like the University of Minnesota, which covers 19,500 employees and their families. Between 2011 and 2015, self-insurance rose from 11.9 percent to 14.2 percent for employers with fewer than 100 employees and from 25.3 percent to 30.1 percent for employers with 100 to 499 employees, according to data from the Washington, D.C.-based nonprofit Employee Benefits Research Institute.

“Employers, no matter the size, have finally given up hope that a huge insurance company or the government in D.C. will do something to save them or change costs, and so they’re taking it upon themselves to do something,” said Andrew Cavenagh, managing director of Pareto Captive Services, a company that manages benefit captive programs allowing medium sized employers to self-insure with less risk.

It can be daunting at first for small to midsized organizations to go this route, but a good insurance consultant can help, said Cavenagh.

General Converting Inc., a carton manufacturer based in Bolingbrook, Illinois, has about 65 employees and is one Illinois-based employer partnering with Pareto and other small businesses to self-insure.

A critical step for the company is finding a knowledgeable broker with good people behind their company, said Christopher Husenger, controller and CFO for General Converting.

“We don’t have a big staff, an HR staff, we don’t have people working on this solely, so we need to reach out to people to do this,” said Husenger.

He added that he sees real health care reform, at the employer level, coming from small employers partnering together. “I think this will change the health care economy in our country.” 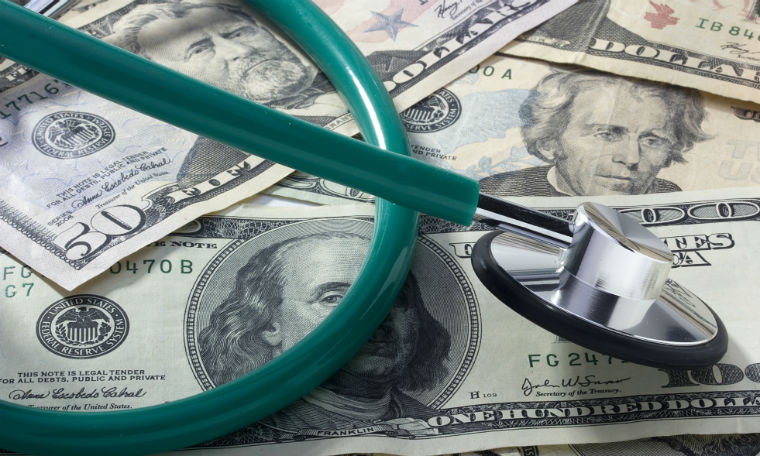