Across the country states are introducing pension reforms as they grapple with shrinking coffers and growing pension obligations. In the Northeast, Rhode Island introduced sweeping changes to its pension system last November, including switching from a defined benefit to a hybrid defined contribution plan. In the South, states such as Florida and Louisiana have increased employee contributions and passed other significant measures. In the Midwest, Illinois faces a staggering pension shortfall as legislators work to pass a series of reforms. And in the West, California, the nation’s largest public pension system, is wrestling with a $612 billion debt—the largest in the country, according to the Pew Center on the States. Workforce Management examined some of the more noteworthy 2011 reforms from across the country, which were compiled from various sources.

DELAWARE: The First State changed the normal retirement age and contribution requirements for future employees, and increased vesting requirements from five to 10 years for current members. Overtime payments will be excluded from the final average compensation calculation. And the early retirement reduction factor increased slightly.

MAINE: The retirement age for most state employees with less than five years of service on July 1 increased from age 62 to age 65. Post-retirement benefits, including provisions for return to covered service, were put in place. Retiree cost-of-living adjustments were frozen for three years. And a working group is tasked with closing the current defined benefit retirement plan and replacing it with a new plan that will supplement Social Security benefits.

MARYLAND: Changes to Maryland’s retirement plans included increases to employee contribution requirements for most members, and a 3 percent cap on retiree Cost-of-living-adjustment increases. Normal service retirement eligibility increased, as did early retirement eligibility. New members in the Deferred Retirement Option Program will earn a lower interest rate on their accounts, and the pension plan retirement formula is changing for future members. In addition, most retirees will now wait five instead of nine years to be exempt from a re-employment earnings limitation.

MASSACHUSETTS: Changes included increased employee contributions for all pension plan members with the exception of police and firefighters with more than 40 years of service.

NEW HAMPSHIRE: The state changed its pension benefits formula and increased the normal retirement age from 60 to 65 for future members. And in an unusual move, House Bill 491 called for New Hampshire to stop divestiture of retirement system assets relating to Sudan if it would result in economic harm to the system’s trust fund. The law originally was passed to protest reports of genocide in the Darfur region. In recent years, several states, such as Ohio and Arizona, have passed laws seeking to divest pension fund assets linked to the northeast African nation.

RHODE ISLAND: Rhode Island’s Retirement Security Act changed pension plan eligibility for most members, and increased contribution rates, while decreasing vesting requirements. Most state employees will be enrolled in a new 401(k)-style hybrid plan that has a 1 percent match. Cost-of-living-adjustment increases are suspended for future retirees until funding minimums are satisfied.

VERMONT: Employee contributions increased through July 1, 2016, or until the state’s retirement system is deemed to have assets equal to liabilities. During that time period, Vermont’s contribution to the plan will be reduced by up to $5.3 billion a year.

FLORIDA: Employee contributions increased to 3 percent of salary, while state contributions will decrease this year and next for some employee groups. Interest rates on Deferred Retirement Option Program accounts will decrease for future plan members, and changes were made to vesting, service requirements and final average compensation rules for future pension plan members. Cost-of-living adjustments were eliminated for service after July 1, 2011.

LOUISIANA: Most employees will see increased contribution requirements, capped at 8 percent for some, to the pension plan. The benefits formula changed to prevent “pension spiking,” raising pay shortly before retirement to boost monthly benefits, in the calculation of final compensation. And ongoing efforts aim to reduce the unfunded liabilities of the Louisiana State Employees’ Retirement System and the Teachers’ Retirement System of Louisiana.

MISSISSIPPI: Future pension plan members will see contribution increases and increased years of service to receive full retirement benefits. Those who retire without meeting the age and service requirements will receive a benefit subject to an actuarial reduction based on their age and years-of-service requirements. Changes to the benefit formula include reduced percentage of salary and an increase in the number of years during which average compensation is calculated.

WEST VIRGINIA: For members who joined the Public Employees Retirement System on or after July 1, 2011, the existing provision for retirement was amended to require five or more years of contributory service. Legislation also redefined the final average compensation formula to exclude attendance performance, recognition bonuses, or any one-time, flat-fee or lump-sum payment.

ILLINOIS: Pension reform has become a highly contentious issue among lawmakers as the state faces $139 billion in obligations owed employees in its five pension systems. The state has $63 billion in assets to pay for the retirement benefts. The Pew Center on the States has called it the worst-funded pension system in the country. Several bills are working their way through the Legislature.

KANSAS: A bipartisan commission study recommending the Kansas Public Employee Retirement System move to a defined contribution plan from a defined benefit plan was approved by the Legislature in January and will go into effect for new hires as of Jan. 1, 2013. The commission recommendations trigger certain reforms already signed by Gov. Sam Brownback in 2011, including increasing employer contributions to 1.2 percent by 2017, from the current 0.6 percent. Employees, categorized in specific tiers, will have to choose between increasing contributions and agreeing to a decreased final benefit.

OHIO: Opponents to an Ohio law—which was signed by Gov. John Kasich in March and stripped collective bargaining rights for state workers— similar to Wisconsin’s gathered 1.3 million signatures to force a referendum last November. Two-thirds of Ohio voters agreed with opponents and revoked the law. In addition to collective bargaining rights, the law, known as Senate Bill 5, would have banned public employers from paying contributions to any of the state’s public employees’ retirement funds unless employers reduce employees’ salary by the required contribution.

ARIZONA: As of July, employee contributions went up by 3 percent while employer contributions decreased by 3 percent. This was the first step in a series of reforms proposed by Gov. Jan Brewer after a 2010 investigative series in the Arizona Republic newspaper exposed widespread abuses in the public pension system. The state is considering moving to a defined contribution plan.

CALIFORNIA: Gov. Jerry Brown is proposing widespread reforms to the nation’s largest public pension system, including an increase in employee contributions and the creation of a hybrid pension plan that combines a 401(k)-style savings plan with an existing defined benefit system. The proposals will appear on the November ballot.

COLORADO: Lawmakers enacted sweeping public pension reforms in 2010, including raising employer and employee contributions and hiking the minimum retirement age from 55 to 60 for future employees. They also capped cost-of-living adjustments for current and future retirees at 2 percent, down from 3.5 percent, and froze them for a year.

MONTANA: Reforms were passed in July including a measure to prevent so-called “pension spiking.” In addition, retirement age increased from 60 to 65, and eligibility for early retirement increases from age 50 to 55 with five years of membership service for new hires. Employee contributions also went up from 6.9 percent to 7.9 percent.

OKLAHOMA: Lawmakers passed legislation to address $16 billion in unfunded liabilities—a gap that is more than twice the size of the entire state budget. Provisions include a ban on cost-of-living adjustments, an increase in retirement age for new employees, and the end of preferential retirement deals for elected officials over public employees. The law also requires municipal employees to forfeit retirement benefits if they have been convicted of crimes related to their office.

TEXAS: Last November, six months after legislation proposing a switch to a defined contribution plan was defeated, lawmakers ordered the Teacher Retirement System of Texas and three other pension funds to begin evaluating a variety of plans. The state is gearing up for sweeping pension reforms in 2013. 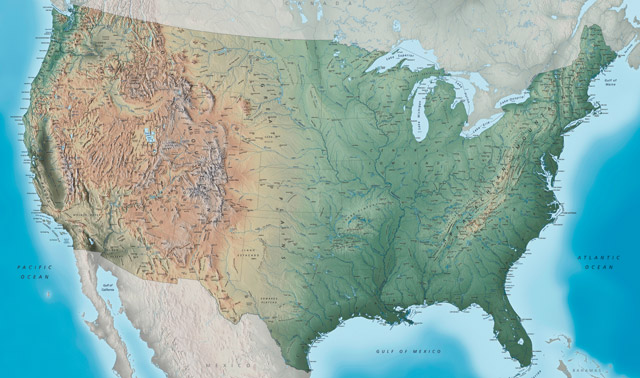