Some Solo Workers Are Feeling Singled Out

To attract and retain top employees, many organizations strive to create a family-friendly atmosphere.

Cynthia Horkey agrees that a family-friendly workplace can boost an organization. But Horkey, a community college grants administrator who has worked in both business and education, adds that such policies can ignore a growing yet overlooked segment of the employee population — single workers.

“I have seen mothers and fathers leave work to pick up their children from school, take them to a doctor’s appointment, or attend a school function or sports event,” she said. “Supervisors or directors generally have no problem with that, and those leaving work think nothing of taking the time off to handle these needs.”

But let a single person ask for time off to attend to a personal matter and the request is often considered unfavorably, Horkey added.

“If organizations tout family-friendliness, why not be single-friendly as well?” she asked.

Despite the best of intentions, family-friendly workplaces can neglect employees who are single — whether they are unmarried, divorced or widowed — in favor of colleagues with families. Experts say that could be a problem for organizations looking to retain them.

Single employees comprise a significant and growing segment of the American workforce. According to a 2014 Census Bureau report, there are 105 million Americans 18 and older who are divorced, widowed or never married. They comprise 44 percent of all U.S. residents with 53 percent women and 47 percent men, the report stated. Together, single employees represent 43.8 percent of the civilian labor force — hardly a demographic to be ignored.

A large chunk of these single workers are millennials, those ages 18 to 34 who now comprise one in three of American workers, according to the Pew Research Center. A significant number of them are single because young people are putting off marriage and are on track to remain single far longer than previous generations.

Wendy Casper, a professor of organizational behavior, human resource management and research methods at the University of  Texas at Arlington, has studied single workers extensively. She has found that many feel their managers and organizations overlook their needs for support in the workplace in favor of their married colleagues.

“It is these kinds of perceptions, real or otherwise, that can lead to bad feelings within the workplace,” Casper said.

Casper’s research specifically focuses on single workers without dependents. One of her conclusions is that many organizations do not recognize that single workers have non-work obligations just like their married colleagues. This is often interpreted by singles as a sign that their personal responsibilities are not taken seriously.

Casper added that the emergence of family-friendly practices to help employees with child care demands and dual career issues is a positive trend that has made U.S. employers better places to work.

“The singles in my research also commend employers that offer these programs,” she said. “They just hope employers will think more broadly to support their non-work responsibilities as well.”

While singles’ non-work lives are different, they nevertheless are important, Casper said. Yet the perception persists that single workers have few non-work responsibilities, at least not the kind that married employees have.

Please read: How to Create a Single-Friendly Workplace Culture

The holidays can be an especially difficult time to accommodate all workers and their scheduling requests.

“Where I am employed, if you worked one holiday then you got the next off,” said Haley Perry, 20, a customer service associate at an outdoor gear and apparel store.

However, as a single person, she is among the first to be asked by married co-workers to change shifts so they can be with their families.

“At first, I tried to be agreeable, but often I have plans with my family and friends and finally had to say no,” she said. “There was the assumption because I was not married that I could easily change my schedule.”

Kristen Noreen, a natural resource consultant in Washington state, has seen both sides of the workplace dynamic. When she was married, Noreen was oblivious to how single co-workers were treated. However, when she divorced she began to notice that being single had given her a different status in the office.

“I saw married people receive the vacation times they requested, but single people’s requests were given lower priority,” she said. “When I wanted to spend time with my mother, it was more difficult to schedule time off. Then when my supervisor was divorced she began to work really late hours and expected me to work late because I was not married and she assumed I had the time to stay in the office longer.”

Noreen began to distance herself from her boss and finally asked for a transfer, which she thought she could easily obtain because a married co-worker was able to transfer so his children could go to the schools in their new location. The manager denied her request because she was single, saying unlike the married co-worker, she had no reason to be transferred.

“He told me that when my status changed and I could afford a house then my request would be reconsidered,” Noreen said.

Casper said the brazen assumption that people who are single have no life or responsibilities outside of the workplace is false and that, in today’s workplace, it is not wise to ignore the needs of unmarried workers because given changing demographics they will soon comprise the majority of the workforce.

Single people have obligations outside of work, Casper said. They are often asked to take care of aging parents or other relatives, many are involved in community service projects, some are working toward a college degree, and there are those who are raising children as single parents. Moreover, they often handle these responsibilities on their own, without the support of a partner to help them.

Please read: Single’s Backlash: No Spouse, No Kids, No Respect

“I understand there are times when employees with children need to take care of some of these things, but if for some reason they cannot leave work, they have someone to share those situations with, whereas single people do not,” Horkey said. “If a single person has to go home to meet a plumber or electrician to fix a problem and is not given permission to leave work, he or she may have to make other arrangements, like scheduling someone after work, in the evening or on the weekend, which is a distinct disadvantage for single people.”

Casper’s research has found that many single workers feel married workers receive more flexibility in terms of duties and hours worked as well as benefits, such as paid family leave. In one of her studies of singles without children she found that 62 percent said they were treated differently from co-workers with a spouse and children, and 30 percent described different work expectations for single and married workers, “reinforcing the message that married workers’ lives are more important than the lives of singles,” she said.

Singles may also feel shortchanged when it comes to supervisors’ evaluations, given evidence that they sometimes subconsciously favor those with families. For instance, married men are often paid a “wage premium,” presumably because they are seen as providing for families. It’s a consideration not given to singles who managers assume do not have families to support.

“The bottom line is that the combination of the shift to later marriages resulting in more single workers is going to have substantial implications for employers,” said Jennifer Deal, senior research scientist at the Center for Creative Leadership in San Diego and co-author of “What Millennials Want from Work.”

And if trends continue, many millennials will be single parents and will have similar obligations as married people, which can affect everything from health care plans to work assignments. Organizations need to get in front of this societal shift, Deal explained.

“Millennials are looking for what everyone wants in a job — one that pays well, offers interesting work with people they like and trust, doesn’t cause them to have a career with no life, allows for promotion, and has enough development so they don’t feel they are stagnating,” she added.

Millennials are deeply concerned about job and financial stability, according to Deal. If they feel either are threatened, they will be quick to leave. However, her research shows that most prefer to stay with their employer for the long haul.

Compounding the stereotypes regarding single workers, several studies have shown they are viewed more negatively than married people and judged to be lonely, insecure, more self-centered, inflexible and unhappy. At the same time, millennials, many of whom are single, suffer from similar unflattering impressions as being self-centered and entitled and willing to jump ship for something better.

Such stereotypes and impressions can negatively affect a work environment.

“Despite that, singles don’t really resent the perks given to married workers because they understand the importance of being family friendly. They simply would like to have employers pay greater attention to their needs as well,” Casper said.

Company leaders can help their young and single employees by paying them well from the beginning of their employment. They can also implement assistance programs to help pay their college loan debt or provide tuition reimbursement plans that help with their continuing education.

Clearly what is needed is a workplace culture where the specifics of a person’s home life, including marriage, should not matter in evaluating an employee’s work, and a culture that supports everyone having a life outside of work regardless of whether that life includes having a spouse and raising children, she said.

Organizations need to understand the responsibilities their employees have outside the workplace and that requires more flexibility from the company, Deal said. Being knowledgeable about all employees — single, millennials (often the same) and married — and ensuring the organization is prepared to meet their needs is a key to a company’s success.

Developing a culture that supports all employees’ work-life balance is likely to enhance employee perceptions of both supportiveness and fairness, Casper said. She references an abundance of research that shows when employees perceive their organizations are more supportive, they tend to be more committed and satisfied and less likely to leave. Those employees also are more likely to go “above and beyond” and pitch in to help co-workers and the organization.

“When they do, everyone wins; organizations benefit when turnover of talented employees is reduced and when institutional knowledge is retained and developed over many years and companies become better places for people to work,” she said.

Clif Boutelle is a consultant for the Society for Industrial and Organizational Psychology. Comment below or email editors@workforce.com. 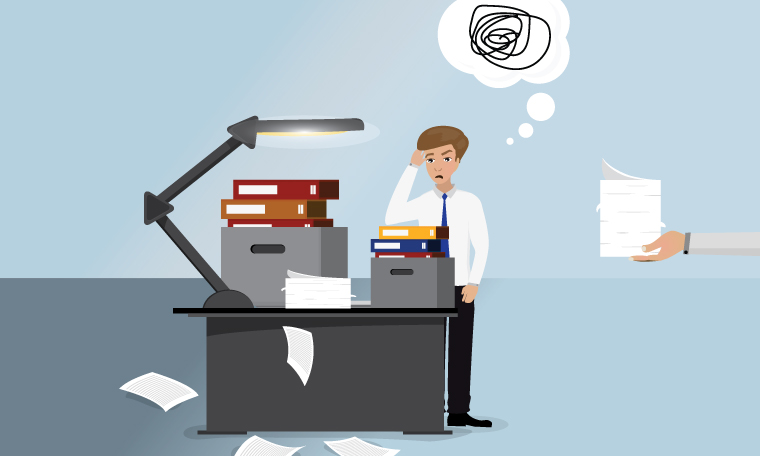