At a time when careers in government are increasingly underscored with public and political pressure, Kirsten Wyatt is sounding the alarm about the public sector workforce.

“The government needs to wake up and realize there’s a talent war,” said Wyatt, executive director of the Oregon-based Engaging Local Government Leaders, a nonprofit promoting diversity, education and networking among local government employees on a national level. “If you’re going to be competing for entry-level or jobs you want to fill with talent you can then nurture, you need to put in more effort.”

Public sector agencies from the massive federal government to tiny rural townships face unique challenges when competing with private businesses for talent. Recruiting and retention is a recurring concern for the skill set often associated with public service employees. And it’s no secret that private sector companies typically offer substantially higher wages and more flexible work schedules. And there are other factors coming into play.

Prime among them is the so-called silver tsunami, a wave of baby boomers exiting the workforce into retirement. Studies show some 10,000 boomers retire every day, leaving a huge gap for public sector employers to fill.

According to the U.S. Office of Personnel Management, the average age of a full-time federal employee is 47.5 years, with 45 percent of the workforce over 50 years old.

The Congressional Research Service indicates 52 percent of public workers are age 45 to 64 compared to 42.4 percent in the private sector.

Federal workers are older than state and local government employees, too, studies show. Of those age 45 to 64, 56.7 percent are federal, 52.1 percent are local, and 49.7 percent are state employees.

In a 2018 survey by the Center for State & Local Government Excellence, public sector HR directors report higher numbers of retirements in 2018 over 2017.

Another challenge: Public agencies depend on tax base or bond-measure revenues to create new jobs and rehire for open positions. Hiring freezes are not uncommon even in flush economic times.

“When taxpayer dollars are on the line, protections and processes come into play that an untrained, private sector employee would not even consider,” said Nannina Angioni, a labor and employment attorney and partner of the Los Angeles-based law firm Kaedian LLP.

Angioni said it can be costly and time consuming to find employees with public sector experience for entry-level positions given the increased ethical considerations, regulatory issues and legal obligations that typically don’t apply to private sector workers.

Still another challenge: enticing people to technology jobs. While millennials exhibit technological advantages being digital natives, it’s also one reason they are scarce in government workplaces with antiquated systems where they can’t sharpen their skills, said Kris Tremaine, a senior vice president focusing on the federal public sector at ICF, a global consulting and technology services company.

Although millennials will comprise 75 percent of the workforce by 2025, they currently make up only 10 percent of the federal sector technology workforce, said Tremaine.

“When it comes to recruiting talent, you need to go where the talent is,” said ELGL’s Wyatt, adding that while many public sector HR departments continue to advertise jobs in newspapers, potential talent is hanging out on social media.

While Wyatt calls many job ads “boring,” she also notes successful efforts such as one produced by the city of Los Angeles for a graphic designer. The ad appeared as if a child drew it with a crayon. It went viral.

She’s had the most success with LinkedIn, especially for stormwater and wastewater engineers. She posts jobs on engineering group sites at no cost and uses LinkedIn’s Recruiter Lite program to maximize her efforts.

“I believe in getting the word out any way you can,” she said. “Even if people aren’t interested themselves, they may know someone who is.”

The public sector should take a page from the private sector in hiring practices, including internships, career fairs, meet-ups, events, social activities and using more technology, said Tremaine. Blake, meanwhile, also seeks people with a passion to make a difference. Jobs emphasizing social good attract millennials who want to be part of making a difference “such as in helping Americans stop taking opioids or climate change issues,” Tremaine added.

Wyatt said, “You can work in sustainability, be a librarian, police officer or an engineer and all work for a local government with that public service ethos at the core of your job every day.”

While millennials skip from job to job often for higher pay, “some want clearer paths to growth and an understanding of where they fit in the organization,” Tremaine said, adding they prefer a coaching-mentor relationship to a boss.

So too would the ability to leave a job and return “and not lose all of your benefits while drawing private sector best practices into the government,” she added.

Fort Lauderdale attracts many people looking for a switch after many years working in the private sector. While they made more money in private industry, they seek the security of the public sector, Blake said.

The city of Weston, Florida, took a different approach 21 years ago by outsourcing most positions per its charter.

“Probably 70 percent or more of a government budget is the cost is to pay employees,” said City Manager John Flint.

Only 10 positions for the city of Weston are in-house: six department directors, a city manager, two assistants and a clerk. An assistant city manager handles necessary HR functions such as insurance and payroll contributions.

“All of the people here are by invitation and not by right. If the people assigned to us don’t meet our expectations, it is easier for us to replace them. I don’t have to spend my time managing people. I can manage the city and spend more time with our elected officials and residents,” said Flint, adding Weston’s approach offers greater flexibility and efficiency.

Some outsourced employees have been with the city before its incorporation in 1996 when it was a community development district, said Flint. When the city changes service providers (which hasn’t happened in a decade), Flint ensures the incoming provider retains the current employees and keeps their salaries and benefits at least equal to the previous provider.

Kaedian LLP’s Angioni said that once they are hired, many public sector employees stay in their job for decades for the perks of consistent work hours, minimal demands outside of their set schedules, union benefits, rights to reinstatement, pensions and appeal rights to disciplinary actions.

The public sector also offers the ability to try different careers while retaining benefits in one organization.

An agency might consider moving someone who’s been an analyst in community development for a few years into public utilities for another few years to increase their knowledge base and broaden their skills.

Such moves keep employees “engaged, excited and continually learning” while also giving departments “a fresh set of eyes,” Wyatt said. That’s important to retention, given the hundreds of thousands of dollars spent on employee wages, benefits, training and development over a five-year span, she added.

To retain employees in one of the most difficult public sector jobs — solid waste collection — Greenville, South Carolina, Solid Waste and Recycling Manager Mildred Lee treats a crew to lunch monthly to show her appreciation and elicit their input.

She’s retained employees by leading an effort to convert solid waste collection from five to four days. A supervisory mentoring program for all frontline solid waste employees has transitioned two into management.

“You look at the long-term impact that has on employee morale and loyalty and who you choose to work for with everything else being equal,” she added.

Wyatt and her husband Kent — both former public sector employees — founded ELGL after noticing local government education, training and networking was siloed based on job title. Its 4,000 members nationwide represent a cross-section of entry-level employees to mayors and city managers.

Their organization provides collaboration and cross-departmental training through a technology network connecting public sector employees in one part of the country to others elsewhere to help deal with problems for which others have found solutions.

Further, it focuses on increasing the number of women and people of color into local government leadership to reflect U.S. community demographics.

While there is much focus on age demographics in public service, Wyatt said what most people in a public service career want is no different than anyone else: “feeling recognized for a job well done, independence and learning something that takes them to the next step in their career.”

Wyatt has seen some members go through a career crisis as they contemplate a move to the private sector for more pay and better fringe benefits.

“They choose to stick with government,” she said. “They built a network that supports them and reminds them it’s work worth doing and that’s powerful.” 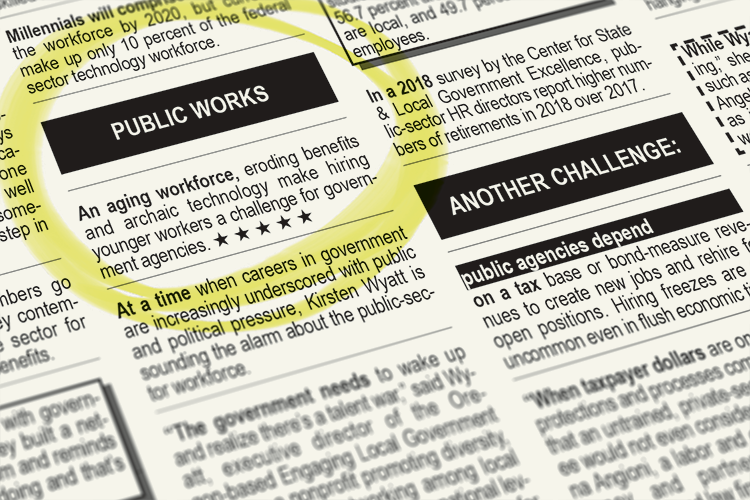 A guide to accurate and comprehensive payroll reports

Summary Payroll reports are documents that provide companies with insights into their payroll activitie... 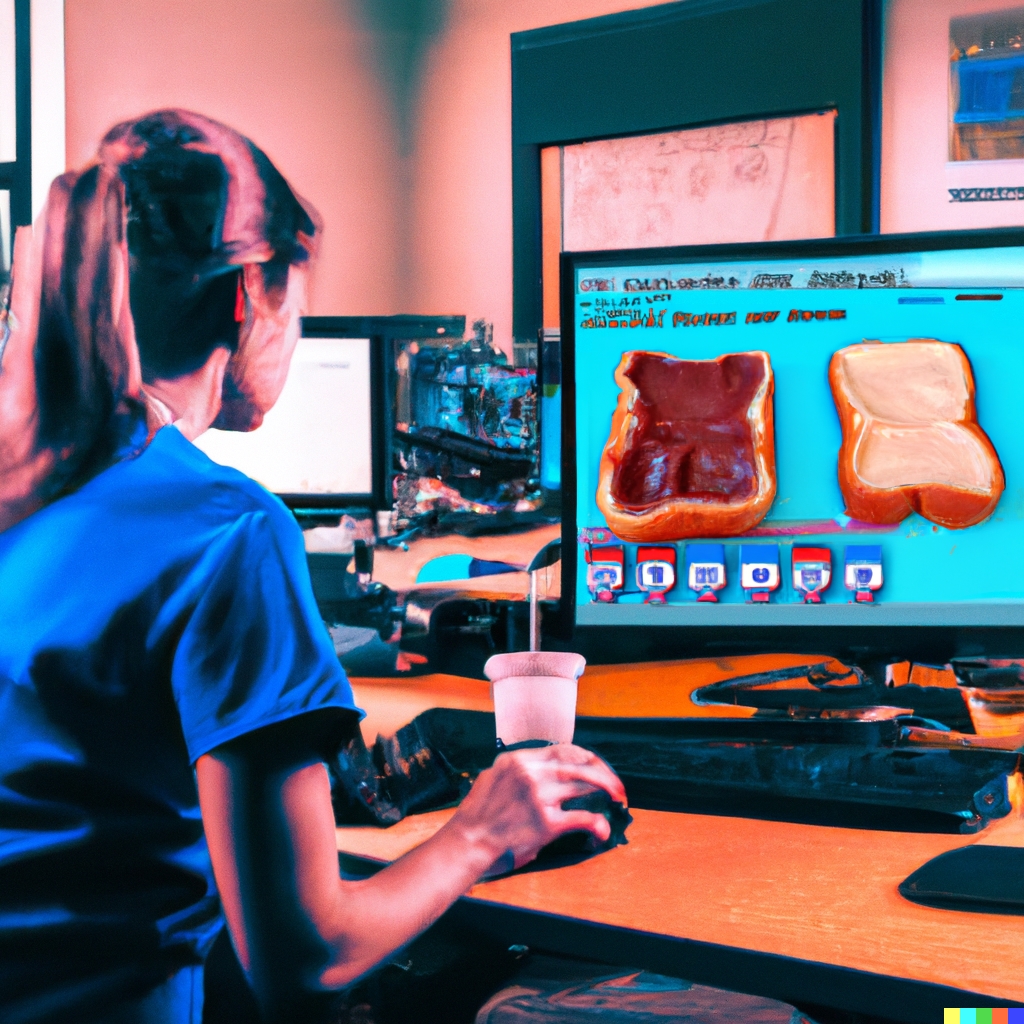 PBJ Reports: What you need to know