The research on self-awareness by my organization, the Myers-Briggs Co., shows that most people believe they are self-aware. In fact, 82 percent of respondents agreed or strongly agreed with the statement “I have a great deal of self-awareness.”

There are a number of reasons to believe that greater general levels of self-awareness among individuals within organizations lead to positive business outcomes. Studies such as those by Bass and Yammarino, Atwater and Yamamarino, and Church showed that people with more accurate self-conception tended to perform better.

The relationship between self-awareness and flexibility is demonstrated by a study of the Royal Navy, which found that more self-aware leaders were better able to tailor their leadership style to the needs of a given situation. Better employee performance plus more agile leadership typically leads to a better bottom line.

There’s also reason to believe that self-awareness might influence retention. My team at Myers-Briggs recently researched workplace well-being with over 10,000 global respondents and found that individuals with a higher level of well-being — which can stem from self-awareness — had significantly higher levels of job satisfaction, felt much more emotionally attached to their organization, and were significantly less likely to look for a new job. They were also much more likely to be good organizational citizens being helpful to their co-workers, conscientious and more willing to go the extra mile.

What Is Self-Awareness and How Does It Help?

According to the Oxford English Dictionary self-awareness is, “Conscious knowledge of one’s own character and feelings.”

Researcher Anna Sutton further elaborates on this to describe it as, “The extent to which people are consciously aware of their interactions or relationships with others and of their internal states.”

Think about a time you took your car in for a tune-up. Nothing major was fixed, but afterward it drove like a dream. Similarly, increasing your self-awareness can help you perform better — by discovering how you operate you begin to understand how to adjust your behaviors for better results.

By increasing self-awareness, you also begin to better understand other people’s approaches. In our own recent research on self-awareness, survey respondents reported that increased self-awareness led to improvements in confidence, decision-making, people-management and stress management.

When we asked people about the advantages of being self-aware, the top five responses were:

Working with others in a team (mentioned by 58 percent of survey respondents).

As we’ve mentioned, just asking people “are you self-aware” or even “are you more or less self-aware than other people” doesn’t work too well. It’s a bit like asking people, “Are you an above average driver?” Around 90 percent of Americans say “yes” to this even though this can only be true for 50 percent of individuals. There needs to be a more structured way to assess self-awareness.

A number of models and assessments can be employed to measure self-awareness in individuals. A particularly useful one comes from a 2015 study by Sutton, Williams and Allinson that identified four facets of self-awareness: Reflection, Insight, Rumination and Mindfulness. In conducting our own research, we used questions, including the sample below, designed to measure these four facets.

Agreeing with these questions suggests that you may be more self-aware, except for those marked with a “*”; more self-aware people will tend to disagree with these. How would you score? How about others in your organization?

How Can a Workplace Professional Promote Self-Awareness?

There are many ways to develop self-awareness, but a mix of methods will probably work best. Here are some of the most popular, based on responses to our survey.

Feedback from a range of different people, including:

Training to become a coach.

Coaching and other professional help.

Journaling: keeping a diary or journal that explores thoughts and feelings surrounding the events of one’s life.

However, the most popular methods aren’t necessarily the best. We looked at a number of these commonly used approaches and found that the best methods, in order of effectiveness, were:

It wasn’t too surprising that “training to be a coach” topped the list, as this involves many hours of learning to understand oneself before being allowed to coach others. Of course, such training is also time consuming and expensive and not a realistic route for most employees.

On the other hand, “receiving personal coaching” as a way to help senior managers is something that many organizations may invest in. It does, however, come with a significant cost and time commitment, so for many individuals this may not be a realistic option. Instead, companies might want to look into using personality assessments and facilitating ways in which employees can have structured feedback from their peers. These may often be the most cost-effective approaches in terms of providing the biggest payoff for a relatively low monetary investment.

Similarly, “journaling,” the practice of keeping a diary or journal that explores thoughts and feelings surrounding the events of your life, offers a low-cost way to effectively promote self-awareness. However, journaling may not work for everyone.

Companies should note that one of the interesting findings of our research was that “feedback from your manager” was seen, on average, to be one of the least effective methods. This is an important point because, as noted earlier, this kind of feedback was also listed as one of the most common methods of promoting self-awareness that organizations leverage.

Though we cannot say definitively why manager feedback was not seen as especially effective, there are a number of possible reasons. Some managers may be less close to the work of their subordinates work than their peers; indeed in some large international organizations they may be based on a different country and rarely be in contact. Others may be viewed as having a particular agenda, or as being too busy with other aspects of their job. Whatever the reason, this is a troubling finding for managers.

Building your own self-awareness is really just the first step. Once individuals become more aware of their own personality preferences and have a structure to understand and describe themselves, they can start to recognize how their co-workers are similar to or different from them. They can use this knowledge to begin to devise strategies to work with their co-workers more effectively, using their differences in a constructive, rather than destructive, way.

Research shows that more diverse teams can perform better than more homogeneous teams; team members can bring different perspectives to bear on the issues they have to deal with. Diverse teams can however suffer from more conflict, often because individuals simply do not understand other team members. Building self-awareness is a key way of solving this issue.

Linked to this greater understanding, managers and workplace professionals can put in place systems to help people work together more effectively. This could include approaches such as:

Understanding how your team works leads to an understanding of other teams and ultimately of the dynamics of your entire organization. For those at the top level, it can help in aligning the whole company to the strategy that is needed for organizational success.

Regardless of whether some or all of the approaches are taken, the key to successfully implementing any of these includes both the realization that we are different from others in ways that can be identified and described, and the harnessing of this diversity of personality in a positive way. And of course, this is a lesson that can be learned by individuals at any level in the organization.

John Hackston, head of thought leadership at The Myers-Briggs Co., is a chartered psychologist with more than 30 years of experience in helping clients to use psychometric tests and questionnaires in a wide range of contexts including selection, leadership development, performance management and team building. 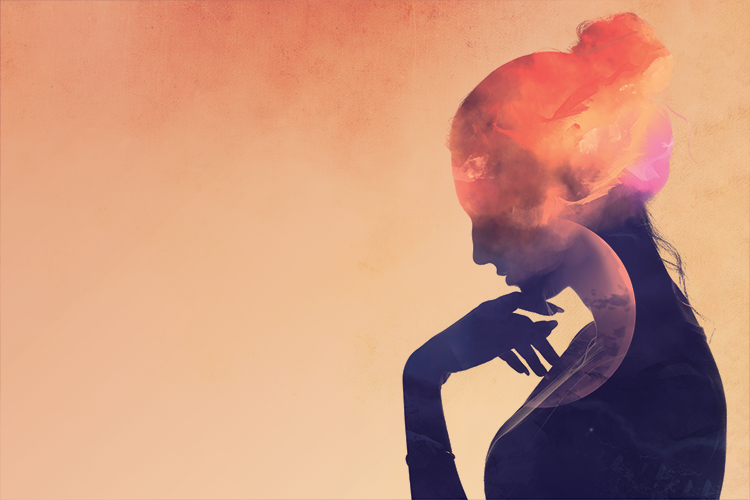