Whether you believe in ghosts or believe it’s all a hoax, I’m not here to persuade you one way or the other.

What I do know is even the most fearless person can be possessed with fear under certain circumstances, especially in these uncertain economic times.

The living—or people who aren’t yet six feet under—have possessed a fascination with ghosts for eons. For instance, after his mother died in 1913, Harry Houdini was introduced to spiritualism by Sherlock Holmes-creator Sir Arthur Conan Doyle. The master illusionist later went on a crusade to debunk any spiritualistic chicanery.

Today, the search for spirits can be found on television, and the longest-running ghost show on TV is SyFy’s Ghost Hunters. The reality show follows The Atlantic Paranormal Society, or TAPS, a group that investigates paranormal activity in homes and businesses. Ghost Hunters‘ tech manager, Steve Gonsalves, recently told me in an email that there are two businesses he’d point out as the most haunted. The first is Waverly Hills Sanatorium in Louisville, Kentucky, where he said TAPS captured “irrefutable thermal evidence.” Waverly Hills served as a tuberculosis clinic for 50-plus years in the 20th century, and has become a tourist attraction for those seeking an ethereal experience.

The other workplace is a more-unusual haunting ground: the Alexandria (Louisiana) Zoological Park. It is reportedly haunted, benevolently, by Robert “Les” Whitt, who was the longtime zoo director from 1974 until his death in 2008.

In a recent episode titled “Don’t Feed the Apparition,” the TAPS team visited the zoo grounds to see if they could keep their wits while exploring the grounds at night. In one scene, a couple of team members ask for a sign that Whitt is present, and suddenly a startled cartload of monkeys awake from their slumber. Also, mysterious voices are recorded and a shadowy figure is caught on tape in the gift shop.

Part of the Ghost Hunters’ job, Gonsalves said, is to “quell their [employees] fears of what might be happening in terms of dealing with the paranormal. People by nature are afraid of what they don’t understand. The first thing we do is educate them and give them the knowledge they need to understand what is happening in their business and how their employees can deal with their fears.

“One thing we always suggest is to talk to whatever is there and let it know you aren’t comfortable with what it’s doing. Once they realize that it’s OK to be startled by what is happening and not to let it turn to fear, they are usually pretty good to go about their daily work duties.”

It seems to me that this is pretty good advice—not just for dealing with any ghosts in the machine but for any worker who is dealing with fear. Let’s face it: While fear of losing a job is nothing new, there’s a lot for workers to be afraid of in today’s workforce: from layoffs to retirement planning to even more threatening experiences like violence or harassment.

It’s best to be upfront and honest with your workforce when discussing the things that scare them most, especially when it comes to issues related to job security. A culture where workers can express their fears and anxieties may take time to implement, but there’s no magic in it. That is the true spirit of human resources, and it can go a long way in exorcising the fear of the unknown in the workplace where many workers are still acting like they’ve just seen a ghost. 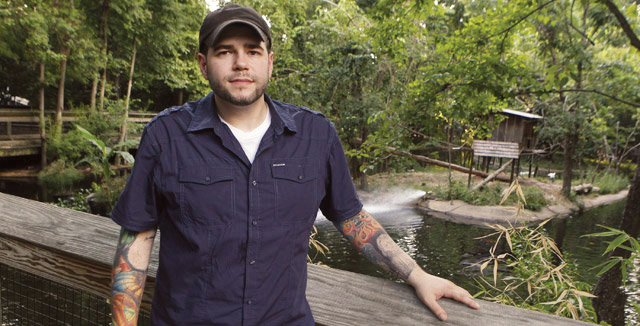