June is Pride Month. If you thought the month’s biggest LGBTQ news was Nickelodeon tweeting that SpongeBob was part of the LGBTQ+ community, you have another thing coming.

An employer who fires an individual merely for being gay or transgender violates Title VII.

The Bostock majority opinion is 33 pages long. I’ll break it down for you in five key quotes.

1. “Few facts are needed to appreciate the legal question we face. Each of the three cases before us started the same way: An employer fired a long­time employee shortly after the employee revealed that he or she is homosexual or transgender—and allegedly for no reason other than the employee’s homosexuality or transgender status.”

2. “Today, we must decide whether an employer can fire someone simply for being homosexual or transgender. The answer is clear. An employer who fires an individual for being homosexual or transgender fires that person for traits or actions it would not have questioned in members of a different sex. Sex plays a necessary and undisguisable role in the decision, exactly what Title VII forbids.”

3. “It is impossible to discriminate against a person for being homosexual or transgender without discriminating against that individual based on sex.”

4. “There is simply no escaping the role intent plays here: Just as sex is necessarily a but­-for cause when an employer discriminates against homosexual or transgender employees, an employer who discriminates on these grounds inescapably intends to rely on sex in its decisionmaking.”

5. “We agree that homosexuality and transgender status are distinct concepts from sex. But, as we’ve seen, discrimination based on homosexuality or transgender status necessarily entails discrimination based on sex; the first cannot happen without the second. Nor is there any such thing as a ‘canon of donut holes,’ in which Congress’s failure to speak directly to a specific case that falls within a more general statutory rule creates a tacit exception.… ‘Sexual harassment’ is conceptually distinct from sex discrimination, but it can fall within Title VII’s sweep. Same with ‘motherhood discrimination.’ Would the employers have us reverse those cases on the theory that Congress could have spoken to those problems more specifically? Of course not. As enacted, Title VII prohibits all forms of discrimination because of sex, however they may manifest themselves or whatever other labels might attach to them.”

(Bonus wishy-washy quote, from Justice Kavanaugh’s dissent: “Notwithstanding my concern about the Court’s transgression of the Constitution’s separation of powers, it is appropriate to acknowledge the important victory achieved today by gay and lesbian Americans. Millions of gay and lesbian Americans have worked hard for many decades to achieve equal treatment in fact and in law. They have exhibited extraordinary vision, tenacity, and grit—battling often steep odds in the legislative and judicial arenas, not to mention in their daily lives. They have advanced powerful policy arguments and can take pride in today’s result. Under the Constitution’s separation of powers, however, I believe that it was Congress’s role, not this Court’s, to amend Title VII.”)

There has not been a more significant employment law decision in over 22 years. It might be that long or longer before we see another of this import. Bostock is worthy of celebration because it finally puts to rest any open issue that employers can insidiously and intentionally discriminate against their LGBTQ employees.

June 15 is a day worth celebrating because it will forever be the day that our LBGTQ brothers and sisters finally gained their civil rights at work. It was long overdue.

Employers, take heed. If you are still among the group of businesses that discriminate against LGBTQ employees, you are violating the law. This is no longer an open question. Case closed. 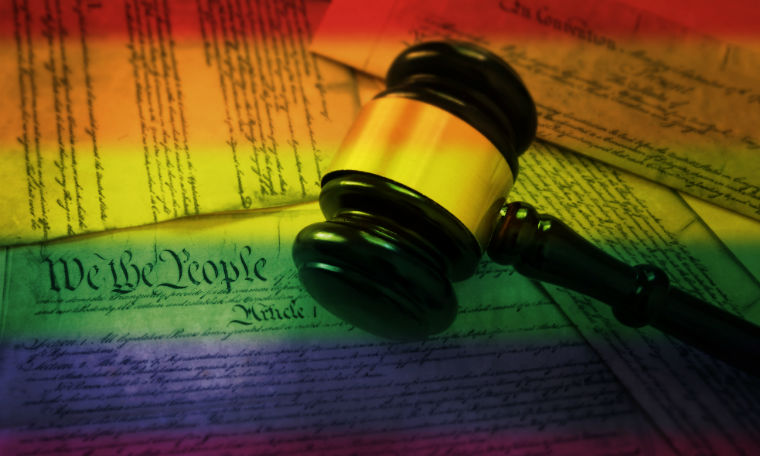