In the past few years, “weed at work” has grown as a workplace issue.

More and more Americans appear to be turning to marijuana as a way to treat various ailments, including epilepsy, migraines and anxiety. Moreover, public sentiment about marijuana has shifted, with polls showing that more people support marijuana legalization at the federal level. Yet, the issue might not be so easy for the nation’s employers. While marijuana remains illegal as a matter of federal law under the Controlled Substances Act, states are taking matters into their own hands by enacting medical and recreational marijuana laws.

Currently, 33 states, the District of Columbia and Puerto Rico have passed laws broadly legalizing marijuana in some form. As of Jan. 1, 2020, 11 states — Alaska, California, Colorado, Illinois, Maine, Massachusetts, Michigan, Nevada, Oregon, Vermont, and Washington — and the District of Columbia have adopted laws legalizing marijuana for recreational use.

While most of these laws still allow employers latitude in enforcing their drug and alcohol testing and substance abuse policies, recent legal developments at the state and local level may be a sign that employee protections are on the horizon. For instance, Illinois’ new law is the most expansive recreational law to date and has created a lot of uncertainty for employers.

In addition, Nevada now prohibits employers from taking adverse action against applicants who test positive for marijuana with exceptions for, among others, safety-sensitive positions and motor vehicle drivers who are subject to testing under state or federal law. And, starting next year, New York City, with some similar exceptions, will bar employers from requiring any pre-​employment marijuana testing.

The issue becomes more complicated when applicants and employees use marijuana for medicinal purposes. Approximately a dozen states — including Arizona, Connecticut, Illinois, Massachusetts, Minnesota, New York, and Pennsylvania — have employment protections for medical marijuana users, with such protections directly in the statute or derived from case law. These laws generally protect off-duty medical marijuana use and prohibit employers from discriminating against individuals for either being a registered medical marijuana cardholder or testing positive for marijuana. In addition, an employer may (depending on the state at issue), have a duty to engage in an interactive process to determine whether a reasonable accommodation might be necessary.

And the American Civil Liberties Union recently filed suit against the District of Columbia Department of Public Works claiming that a worker was denied reasonable accommodation and placed on an indefinite leave of absence after disclosing that she was a medical marijuana cardholder under the District’s medical marijuana program. The worker at issue claimed that she had been prescribed medical marijuana for off-duty use only.

When she requested a temporary transfer to a clerical position during the fall leaf-raking season as an accommodation for her disability, she was purportedly denied the transfer, and after she disclosed that she possessed a medical marijuana card, she was allegedly placed on an unpaid leave of absence and told that she could not resume her duties as a sanitation worker until she successfully passed a drug test (which she would inevitably fail due to her medical marijuana use) because she was working in a position that the District considered to be “safety sensitive.”

This rapidly evolving legal landscape presents new challenges for employers, especially multistate employers. Employers must balance complying with conflicting federal, state and local laws, maintaining a safe work environment, and protecting applicants’ and employees’ privacy and other legal rights. Because of these changing laws and social norms, some employers are even considering eliminating preemployment testing of applicants for marijuana or marijuana testing altogether, while maintaining other drug testing requirements.

Employers also are now beginning to reconsider their practices as they relate to possible accommodations of medical marijuana users and whether to accept medical marijuana use as a medical explanation for a positive test result. That said, however, no state requires an employer to tolerate an employee being under the influence of or impaired by marijuana while they are at work or during work hours.

Because marijuana can remain in a person’s system for days and even weeks, the fact of a positive test result, without more, says nothing about impairment. On this point, earlier this year, an Arizona federal district court judge entered judgment against a national retailer for terminating the employment of a woman who had been prescribed medical marijuana because the employer had not established through expert evidence that the employee was actually impaired by marijuana at work despite high levels of marijuana in the results of her drug test.

Developing a well-defined employment policy on marijuana use can minimize the risk of harm from a workplace safety perspective and decrease the likelihood that drug testing and disciplinary action based on marijuana use will open the door to liability for adverse employment decisions. Employers operating in states where medical and recreational marijuana use is allowed should consider taking a fresh look at their substance abuse policies.

It is imperative that employers review the laws of the states in which they operate and work with employment counsel to help navigate this complex and rapidly evolving area of the law. 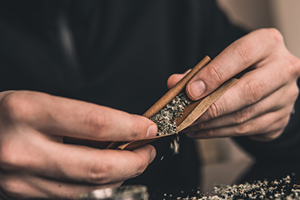