First the good news. Median pay for chief human resources officers at publicly traded companies in the United States rose in 2016 for all but top executives at the very largest companies, a possible reflection of HR’s more strategic standing of late, according to a new report.

Now the bad news: pay for CHROs remains far below total compensation for chief executives and other C-level executives, according to an HR executive pay report from Equilar released earlier this month and other data from the business analytics firm.

And a note to private company CHROs: Even though your pay rose last year as well, your counterparts at public companies continue to make over 10 times more than what you do, according to a separate September report from Chief Executive Group.

In 2016, median compensation rose between 5.7 percent and 9.2 percent for CHROs at public companies with up to $15 billion in annual revenue such as Newell Brands Inc., CBS Corp. and Monsanto Co., but fell 2.6 percent for CHROs at companies with revenue over $15 billion such as HP Inc., Walt Disney Co. and McKesson Corp., according to the report. It’s based on compensation data for 869 HR executives and 214 large U.S. based or publicly listed companies from Securities and Exchange Commission filings and other information.

Median CHRO pay at top U.S. public companies hit $1.7 million in 2016 compared to $1.6 million in 2015. Last year, CHROs at health care companies registered the highest compensation, at $2.2 million, and CHROs at utilities the lowest, at $1.4 million, according to the report.

“Organizations are starting to view their CHROs from a far more strategic perspective and see their senior HR leaders capable of taking on broader roles,” an executive from global search firm Allegis Partners stated in the report.

Those roles include taking over “adjacent” responsibilities such as communications, public relations, facilities and real estate, the Allegis official said in the report.

In 2016, Fiona Laird, executive vice president and chief HR and communications officer at Newell Brands Inc., was the country’s most highly compensated CHRO, with total pay of $7.9 million, including a base salary of $410,764 and close to $6.2 million in stock awards, according to separate Equilar data. Coming in a close second was Tracy Keogh, CHRO at Hewlett-Packard, with total compensation of close to $7 million, including $600,000 in salary and $5.7 million in stock awards and options.

As is the case with the top two CHROs, the bigger the company, the more likely it is that the largest chunk of an HR executive’s compensation is paid as a performance incentive.

In 2016, performance-based awards accounted for 10.6 percent of total compensation for CHROs at companies with under $1 billion in revenue but 29 percent at companies with more than $15 billion. For all HR executives, metrics for performance-based awards were most often tied to shareholder return, earnings and return on capital. In addition to salary and performance pay, total compensation includes cash bonuses, stock and options.

Despite the increase, private company CHROs have one thing in common with their public company counterparts. They make less than any other C-suite executive, and in some cases, substantially less.

Michelle V. Rafter is a Workforce contributing editor. Comment below or email editors@workforce.com. 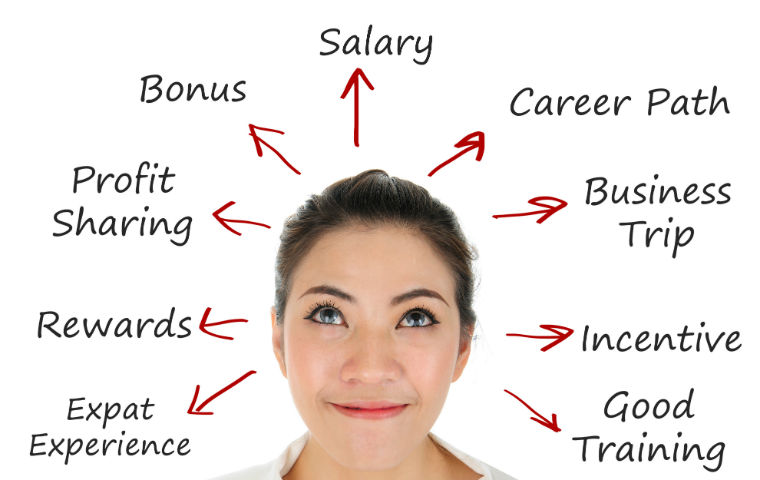