Employee turnover is a big issue for many employers who hire hourly workers and can help contribute to common scheduling problems like understaffing or last minute schedule changes. And the industries with the highest average turnover are the ones that generally have more hourly workers:

According to the 2018 Mercer U.S. Turnover Survey, which looked at 163 U.S. organizations, the three highest turnover industries are: retail & wholesale (60.5 percent average turnover), other manufacturing (26.7 percent) and consumer goods (21.5 percent). Meanwhile, those with the lowest turnover include life sciences (14.5 percent), insurance (15.5 percent) and banking/financial services (16 percent).

For businesses, turnover means spending more time and money on the recruiting, hiring and training process. And it also means that making schedules may get complicated when the staff list is constantly changing and when surprise absences come up after someone has quit.

But company leaders and managers are not powerless here. Here are some ways they can address high staff turnover and avoid some of those pesky, common scheduling problems that make managers’ jobs just a little more complicated.

One reason for turnover is when an employee perceives inequitable treatment in the workplace, according to the Academy of Management, which published the paper “Inequity and Its Relationship To Turnover Among Hourly Workers” in 2017.

The paper explored this relationship within the major production shops of the Boeing company and found that at best inequitable treatment leads employees to not be their most productive selves. At worst, they will leave the job. There are a few ways organizations can address this, the paper added, such as by improving working conditions if necessary and by paying attention to how supervisors treat workers and responding appropriately.

The adage “employees leave managers, not companies” is a subject of debate among the HR community, but research does support it, said Robert Teachout, legal editor at consultancy XpertHR. The studies above are just a couple that show the potential negative effects of bad management practices.

Bad management practices include not being supportive of employees and being too harsh on employees for making certain mistakes. It boils down to a general lack of respect, Teachout said. Employees want the same basic things, he added: to be treated with respect and fairness, to do something that matters at their job and to get the opportunity to learn, grow, develop and be promoted.

Teachout used the example of the type of manager that remembers all the mistakes an employee makes but never recognizes the good things they’ve done. When an employee is reviewed unfairly like this, that may contribute to them wanting to leave the job.

From the manager’s point of view, many of them have been promoted because they were good at their job. But they don’t get training on certain people management skills upon getting that promotion, Teachout said. It’s up to the higher-ups at a company to prepare managers with the needed communication skills like how to engage with employees or how to have difficult conversations with them.

This type of training is more important for front-line managers than for more mid-level managers, Teachout added. Front-line managers have a direct relationship with staff and have the opportunity to make or break employees’ experiences working for the company.

“[They] can do more damage. That’s where toxic workplaces get created a lot of the time. The frontline managers don’t know what they’re doing, and you give them a checklist and therefore they don’t act like human beings,” Teachout said.

Lack of hours and flexibility

According to a 2017 FSG and Hart Research Associates survey, 83 percent of employees said if they had more control over their work schedules, they’d be more likely to stay at their current job.

Also, 61 percent of those surveyed said they’ve struggled at work because they have a hard time making enough money to pay for basics like rent and food. More hours are especially helpful to these people. “Offering existing workers additional hours, rather than hiring new workers, may be one way to save on costs and improve employee satisfaction,” the survey conductors wrote in an article for Harvard Business Review.

There are several strategies to respond to these employee concerns, the article stated. For one, companies can better train managers to support their teams and build a better team/workplace culture. Secondly, employers can offer hourly employees more opportunities for job growth within the company. Third, as lack of flexibility is one of the most common scheduling problems, organizations can be more open to offering predictable schedules to employees.

Also read: Shift scheduling strategies can be improved through technology

While employees do often leave bad managers, bad policies make it even easier for employees to quit, Teachout said. These other factors could include low pay, a lack of benefits or the lack of the opportunity for advancement.

For example, the COVID-19 pandemic has brought to light the fact that many essential, hourly workers do not get paid sick leave or certain other benefits, Teachout said.

“One would think [that] out of self-interest alone, the restaurant and retail industries would look and say, even if we’re not required to provide paid sick leave, let’s provide paid sick leave. Because it only takes one person with an infectious disease coming in — because otherwise they don’t get paid — to shut down your business for months,” he said. “So isn’t it more cost-efficient to give them paid sick leave and say, ‘If you’re sick, stay home?’”

More than just putting policies in place, organizations must also train managers on how to apply these policies to the workplace equitably and fairly, he said. For example, a grocery store manager may allow through some flexible work policy for a woman to come into work and leave work a little early so that she can pick up her kid from childcare. If the manager does not allow the same for a father, that could be viewed as discrimination. Managers must make sure they are not violating the law when they’re dealing with company policies.

“You want to create a workplace that people want to work at,” Teachout said. “If people feel this is a place they want to work at, they feel loyalty. They get a sense of teamwork, a huge piece of the puzzle that gets missed all the time. When people work as part of a team, they feel more loyalty and are more engaged than people working individually. ” 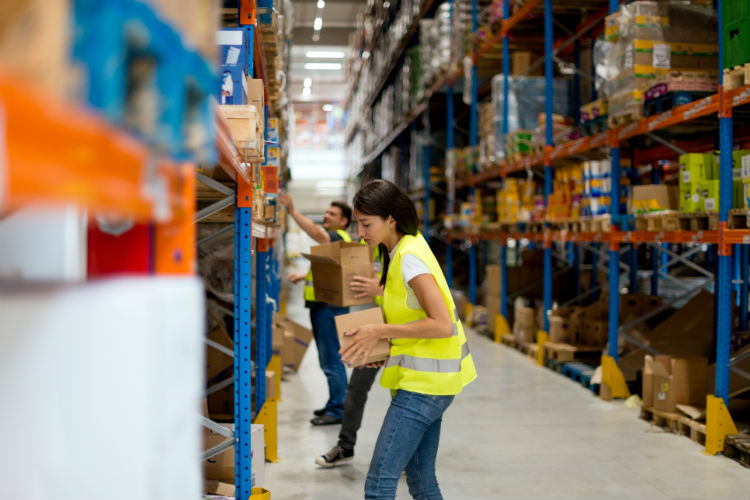