The holiday season isn’t just prime time for corny Hallmark Channel movies and spiked eggnog. It’s also a time of the year in which many organizations focus on their corporate social responsibility efforts.

While charitable acts can have a positive impact on people in need, it also can benefit the organization sponsoring the initiative. Employees that participate in company-sponsored volunteer efforts are four times more likely to spread the word of these efforts and to tell others about the company’s good works, according to Great Place to Work.

WinterWyman, a talent acquisition firm based in Waltham, Massachusetts, is one company that takes advantage of employees’ spirits of giving this season with an initiative called the 25 Days of Giving campaign.

Employees commit to charitable acts every day for 25 days starting on Dec. 1, said CEO Bob Boudreau. Each day has a different theme, such as Random Acts of Kindness, Keeping the Homeless Warm and Suicide Prevention.

Also read: Easing the Holiday Pressure in Your Winter Workingland

This is third year WinterWyman has done the 25 Days of Giving campaign. While the firm used to throw an annual holiday party that cost around $25,000, in 2016 it began to think about a better use for that money. Executives sent out a poll to their 170 employees asking if they’d prefer to have a holiday party or donate the money, and almost everyone chose donation.

“People enjoy [the holiday party] and all, but somebody else could use $25,000 better than this,” Boudreau said.

Getting Employees Involved in Their Communities

Over the years, an important aspect to WinterWyman’s efforts evolved from the big check to something more involved. The initial idea behind the lump sum was to give one organization a lot of resources rather than many organizations a small donation. Since then, WinterWyman has adopted a different idea.

“I know writing checks is important, but if at all possible we’d like to become involved with the organization,” Boudreau said.

Employee participation continues to be an important factor to make this initiative successful. An employee committee that does not include executive team members meets up and chooses a different theme for each of the 25 Days. Boudreau, the CEO, does not have veto power over these ideas.

The program has a 98 percent participation rate year-round — something that could be achieved since these good deeds or acts aren’t limited to just 25 days in December, Boudreau said. The community development group sends out a newsletter each month in which employees can sign up for different volunteer events year-round.

Autumn Manning, co-founder of YouEarnedIt, an Austin, Texas-based HR software company, agrees that focusing on charitable efforts year-round is an effective way to make the seasonal efforts stick. A big mistake organizations can make is only focusing on these efforts during the holiday season. Although doing something with charity once a year is better than not doing it at all, it can come off as disconnected, she said, and it’s not the best way to gain overall employee engagement.

Her company’s holiday efforts are “a continuation of how our culture likes to interact with each other and the community the whole year,” she said, advising that companies include something in their core values that drives home the message to employees that this is what their company believes in, and this is how people act.

Although events like these have been local to Austin, Texas and Chicago (where YouEarnedIt acquired HR software company HighGround in July), cities where employees generally live and work, a national charity or initiative can be personally engaging to employees as well, Manning said. For example, employees who were invested in a national sickle cell foundation for personal reasons spearheaded a giving effort that benefited children with sickle cell.

For company leaders interested in doing something similar, Manning suggested that they make sure there is an open line of communication from the bottom up so that employees have a clear way to share ideas with their employer — like how employees share Leave It Better ideas with their leaders at YouEarnedIt.

Further, leadership should act fast once they get feedback.

“What you can’t do is have a mechanism to receive feedback but act slow, because then people will stop giving you feedback,” she said, adding that it helps if there is a committee or a person who responds to feedback and perhaps turns it into a charitable program quickly.

For organizations looking to expand their volunteering strategy in the holiday season and beyond, another area to look is emergency giving/disaster relief, according to other sources. The Balance Small Business, an online resource for small businesses, suggests that employers think of what disaster relief they gave earlier in the year and give more now, since “much of the need from any disaster comes later, during the recovery period.”

With crises this year from hurricanes to the California wildfires, this is valuable donation advice to keep in mind.

Marissa Crozier, who leads HR at global sales operations company Optymyze, which also has employees based in Philadelphia, suggested that organizations should not only give back to their communities in the holiday season but also to their employees, making sure to take some time to celebrate their contributions.

For example, Optymyze has its Season of Giving starting in November, a time focused on helping local organizations, and also Employee Give Back Days in December that include on-site massages, swag and food deliveries to the office.

Whether with charitable causes or employee recognition days, employers should know that there’s no way to appeal to everyone in their workforce, Crozier said — but that’s not reason to stop doing it.

“Give the employees a voice and don’t be afraid to have a little fun,” Crozier said.  “You can’t please everyone, but you can do your best to account for the various personas that exist in your culture.” 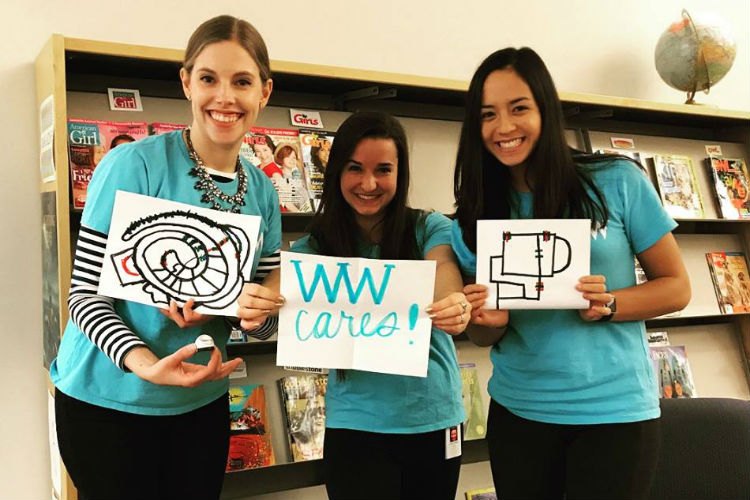