Agni Skafidas loves the flexibility of being a freelancer but hates the fact that she doesn’t get any kind of health or retirement benefit.

Skafidas has a three-month gig with a company in the auto industry. Because she is in human resources, she is well aware that the rate she is being paid is the same as a full-time employee but without the benefits.

“For them it’s a great deal because I don’t cost them anything in benefits,” she said. “It’s so comical if you think about it. I’m trying to live by my values [by freelancing], and yet I’m being penalized.”

A growing number of workers are leaving their traditional 9-to-5 jobs and are becoming freelancers in the gig economy. Nearly 40 million Americans work in a part-time or a freelance basis according to an October 2017 study by Guardian Life Insurance. By 2020, half of the workforce is expected to be freelancing.

While gigs allow these workers to live a flexible lifestyle, many give up the security of having benefits at a full-time position. Only 1 in 4 of these workers has medical insurance through their contracted company, and only 1 in 3 has access to a retirement plan, Guardian’s report showed.

The future of work is changing with the rise of contract workers, experts agreed, and many of these freelancers are trying to build a career path in the gig economy. Because of this shift, traditional benefits will not hold up in the future, several corporate benefit leaders said, speaking at the American Benefits Council’s 50th anniversary symposium in Washington, D.C.

“We see in this world of gig work or freelance work that it is largely cash-based,” said Fred Thiele, general manager of global benefits for Microsoft Corp. at the December symposium. “Benefits are not usually part of the equation. We are being challenged in this regard.”

Phil Scarfi, founder of Pioneer Mobile Applications, said it’s hard for start-up companies like his to offer benefits. He and his four full-time employees don’t have corporate benefits; neither do the four freelancers he is using.

“It’s a matter of having consistent income on my part to offer this,” he said. “It’s in my plan to offer benefits at some point.”

“At the end of the day, we want good freelancers to stick around and join the team as an employee down the road when the funds are there,” he said.

Some companies that primarily use freelancers, like Lyft, have begun offering certain benefits. Meanwhile, companies like Stride Health cater to these workers by helping them sift through myriad health care options. Gigster, an online site that helps companies find available software engineers, allows freelancers to participate in a bonus program similar to what many full-time workers enjoy.

“It’s one of the ways that we want to create an employee-like situation,” said Lori Williams, Gigster’s vice president for fulfillment. “We want them to feel there is an upside beyond being paid for a gig.”

Microsoft uses a lot of freelancers and wants to become not only the employer of choice, but the gig of choice, Thiele said. It is looking for ways to give gig workers the benefit security they lack, but in order to do that, Washington needs to adapt rules to this contingent workforce. In many cases, contract workers who are offered traditional benefits may be classified as employees.

“If we are stuck with some old rules, we can’t do it,” Theile said at the December symposium.

A 2016 paper, “Portable Benefits in the 21st Century,” by The Aspen Institute, suggested that all workers, regardless of their working status, should have access to portable benefits. That means a worker’s benefit plan is not linked to one job. Companies would pay into a worker’s benefit package; the payment would hinge on certain factors like hours worked or pay rate.

“It is a little early. The reg side has to evolve and this doesn’t happen overnight,” Gigster’s Williams said. “This is the future of the gig economy — how we add that kind of value. We are just constrained legislatively right now.” 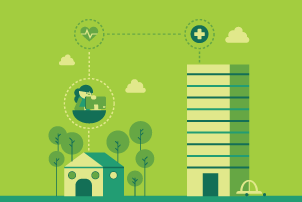