A ‘Father’s’ Wisdom: An Interview With Ted Benna

In the early 1980s, Ted Benna saw an opportunity that ultimately made 401(k) plans flourish and earned him the title “Father” of 401(k). Section 401(k) of the Internal Revenue Service Tax Code allowed defined contribution plan participants to contribute after-tax dollars. Benna, then a Pennsylvania benefits consultant, said there wasn’t a strong incentive for employees to contribute, so in 1981 he asked the IRS to change certain rules. Later that year the IRS issued a regulation based on Benna’s request, allowing pretax employee salary reduction contributions and employer matching contributions—the fundamental elements of today’s 401(k). Benna—who is now president of the 401(k) Association and chief operating officer at Malvern Benefits Corp., a Jersey Shore, Pennsylvania-based retirement planning company—recently spoke with Workforce Management contributor Patty Kujawa about the evolution of defined contribution plans.

Workforce Management: Back when you created the defined-contribution plan, did you think it would become the dominant savings account for workers?

Benna: I knew it was going to be big, but I was certainly not anticipating that it would be the primary way people would be accumulating money for retirement 30 plus years later. There is a perception out there that we had a wonderful [defined benefit] retirement system that became horrible. I started work in the insurance industry in 1960, and the only retirement they had was a defined-benefit plan. If you were male, you had to be age 30 before you became a participant and if you were female you had to be age 35, which was an interesting twist. And you had to stay there until you reached 60 before you got any benefit.

Of course in that era it was pre-ERISA [the Employee Retirement Income Security Act of 1974], and many companies went out of business with pension plans; people lost all or a substantial part of their pension.

That was the environment in the defined benefit world, and the alternative for smaller companies was profit-sharing plans. Some of them were fantastic, but employers put in less than 5 percent of pay and had fairly stringent vesting.

WM: Recently 401(k) plans have gotten some bad press—especially with the market volatility of the past three years. Do you think 401(k) plans will be as good a benefit as defined benefit plans, in terms of getting workers retirement ready?

Benna: I started in a defined benefit side of the business, so I’m not anti-defined benefit. They both have positive and negative aspects. The reality is that a defined benefit plan is great only if you spend 20 to 30 of your working years with one company. And that gets missed a lot in this dialogue.

Pension plans would do a better job in getting you ready for retirement if you stay that long at one company. If you’re not going to stay, the answer to that is no, defined benefit isn’t better.

The 401(k) has actually put more people in a better position to retire rather than in a worse, because generally, more people are able to participate in a 401(k) plan. Companies that wouldn’t have had any kind of retirement plan now have a 401(k). Of the hundreds of thousands of 401(k) plans, over 90 percent cover less than 100 employees.

WM: Are participants better off with automatic features like auto enrollment, auto escalation and target-date funds?

Benna: If I had the power to do so, effective Jan. 1, 2012, I would require that every company with a 401(k) plan to automatically enroll their employees, at 3 percent of pay and automatically increase that by 1 percent every year to preferably [a] 10 percent [ceiling]. Workers who want to opt out could do so.

The reason I’m concerned about this, is that if we don’t get more people participating in these plans and contributing as much as they should, we increase the potential for the government to step forward and solve the problem by creating a new system that requires everybody to contribute to a new type of retirement account.

Also, if I were starting from scratch today, I’d get rid of existing investment structures, and automatically put everybody into target-date funds, while continuing to give folks who want to run things on their own, opportunities [brokerage windows] to do so.

The reason I like them is that they provide an allocation that professionals agree is in line with what people should be doing. They get a more diverse asset allocation than in general what most people would do on their own. They automatically rebalance, and they reduce risk as you age.

WM: How do you feel about financial education efforts today?

Benna: Well, I think there should be different education. In the beginning, 401(k)s had only two investment funds: a guaranteed and an equity fund. It took a minute to explain investments.

Now there are 15, 20, 25 funds and it can be overwhelming for most participants. They don’t know what they’re doing or why they are doing it. Education has all been driven to the investment side. If you remove that for most participants, all you need to be doing is explaining the logic of what they’re in and if they feel that it is too high a level of risk, they can drop out.

There should be more education for budgeting and financial management, helping people understand that by making better decisions on expenditures—and in particular discretionary spending and debt management—so they can have a shot at significantly improving their financial status. That’s where I would like to see the education go.

WM: The defined contribution plan is 30 years old. Today, the first big wave of retirees, baby boomers, are taking what they’ve accumulated and are moving into retirement. Is helping retirees make their savings last through retirement the next big stage?

Benna: The significance of that stage—it’s the one where I believe professional help is needed the most. Individuals are not equipped generally to deal with this on their own. It’s a totally new experience for them, they don’t know what the issues are that they have to deal with. There’s a huge opportunity there for financial organizations and advisers who have the skill set and tools to deal with that.

Editor’s note: This Q&A is part of a series of interviews Workforce Management is running in conjunction with our 90th anniversary. 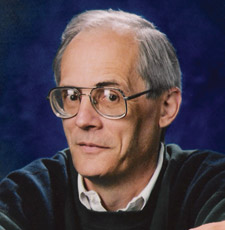