Here Are the 4 Things Employers Must Know About Wage Garnishment

Proper management of wage garnishment can be especially crucial to growing businesses because as their hiring increases, they may also be inadvertently increasing their garnishment liability. That’s why it’s important for an employer to remember four things can help appropriately and accurately process wage garnishments while remaining compliant.

1. All garnishments are not the same.

Here’s a basic wage withholding definition: When an employee fails to repay a debt, a wage withholding court order can be issued against the employee’s earnings to satisfy that debt. This court order — also called a wage garnishment — requires the employer to withhold a portion of the employee’s wages and forward them to a third party. Wage garnishment orders also can be issued by government agencies such as the IRS, state tax agencies and the U.S. Department of Education.

Simple, right? A business receives an order about one of its employees and refers it to its payroll department to process by withholding the appropriate wages and forwarding it to the proper recipient.

There are six common types of wage garnishment. They are:

Child support garnishment comprises by far the highest volume of orders employers process, and, while some of the laws are very standardized, the law can vary by state.

Creditor garnishments are debts that occur when a person is delinquent on consumer payments (e.g. credit card debt). The creditor may take the debtor to court and seek a wage withholding order for the outstanding debt.

Bankruptcy orders. Based on research from the American Bankruptcy Institute, 97 percent of all bankruptcies are personal filings rather than business filings.

Student loans may be collected by the U.S. Department of Education, which may contract with collection agencies to enforce and collect the defaulted loans.

Tax levy garnishments can be issued at the federal, state or local level. Each state differs in its requirements and those laws may differ from federal levies.

Wage assignment occurs when an employee voluntarily agrees to have money withheld from his or her wages. Wage assignments are governed by state law and do not involve a court order. Since they are voluntary and the employee specifies the amount to withhold, they do not fall under the requirements of the Federal Consumer Credit Protection Act.

It’s important that employers keep in mind the type of debt owed, the party collecting it, and the laws applicable to that debt. Knowing which laws, rules, and regulations apply and keeping current on them when processing wage garnishments can be challenging for employers, and, if done incorrectly, may expose employers to various liabilities and penalties.

Most employers recognize that wage garnishment has a direct impact on employees. However, this impact can extend beyond their paychecks. Processing garnishments is not as straightforward as simply withholding wages from an employee’s paycheck and sending a payment. The process is far from simple and can be complicated by myriad emotions.

Employees often find it humiliating because the courts have intervened and employers have become involved in their private struggles.

Employees in this position may feel that they’re now working for the institutions to which they’re indebted rather than for themselves and their futures. Stress and anxiety are often natural extensions of the garnishment process.

An affected employee’s anxiety could show itself through decreased productivity or a lack of motivation. Employers can help affected employees and potentially decrease future garnishments by providing financial wellness training and counseling, as well as tax education, to help employees manage debt.

3. Wage garnishment can affect an employer’s finances and business efficiency.

Employees aren’t the only ones affected by wage garnishment. Employers expose themselves to financial and legal risk when they incorrectly garnish an employee’s wages, fail to file in a timely way, file a defective response, fail to follow specific requirements when sending payments, or make other missteps with a garnishment. Mishandling a garnishment can lead to a judgment against the employer for the entire amount of the employee’s debt, a lawsuit from the creditor or the employee, or other costs or penalties that the employer didn’t anticipate or budget for.

In the instance of garnishments for child support, employers could potentially feel the impact of laws designed to restrict travel. For instance, the Social Security Act was amended in 1997 with a sub-section that established the denial, revocation, or restriction of U.S. passports if the non-custodial parent has child support arrears of $2,500 or more. Additionally, some state agencies have the authority to deny or revoke drivers’ and professional licenses for past-due child support obligations.

If your business requires employees to travel internationally or employs drivers, these laws could impact an employee’s ability to do his or her job effectively and, by extension, impact the efficiency of your business.

Another current area of focus that could impact employers is in the creditor garnishment arena. Currently, the American Payroll Association is working with the Uniform Law Commission to establish a standardized processing for creditor garnishments through the Uniform Wage Garnishment Act, which proposes to standardize the wage-garnishment process for employers, employees and creditors. Currently, state laws differ significantly in their requirements regarding wage garnishment, from the beginning to the end of the garnishment, and are often outdated. This means businesses that operate in multiple states must identify and abide by these different legal requirements, which can potentially lead to processing errors, confusion, inefficiency and noncompliance.

Companies can help manage these challenges if they become familiar with garnishment laws and guidance from agencies such as the Federal Office of Child Support Enforcement, develop reliable and timely procedures for garnishment processing and ensure that policies are administered fairly for all employees facing a wage garnishment.

It may be useful to develop tools, resources and strong contacts with agencies, courts and garnishors. Staying close to these agencies may help your business remain aware of major changes to wage garnishment laws.

Consider participating in state and federally initiated pilot projects. These programs are valuable opportunities to positively build relationships, influence initiatives and provide needed feedback. Make sure you have established a way to monitor legislation that could affect garnishment processing.

Other steps an employer can take include participating with committees, attending conferences regarding wage withholding, and leveraging other contacts you’ve developed with the agencies, those imposing wage garnishments, or other employers.

4. Paper processing is the not the only option.

A study by the ADP Research Institute revealed that 7.2 percent of employees had wages garnished in 2013. Keeping pace with the proper and timely processing of wage garnishments is challenging for many businesses.

As wage garnishment volumes and laws intensify, garnishment processors have the option to use electronic funds transfer, or EFT, to save time, increase efficiency, streamline processes and potentially reduce costs.

Currently, virtually every child support state agency has the ability to accept child support payments via EFT, and some have even mandated employers to send payments electronically. Some tax levy agencies, trustees and student loan agencies also are implementing electronic payment capabilities. In addition to business efficiencies, EFT enables greater security of personally identifiable information, such as Social Security numbers.

Minnesota has passed legislation requiring employers to electronically file their response to a state tax garnishment summons with the state tax agency, and Wayne County Court in Michigan is piloting the option of electronic responses.

Clearly, wage garnishment can have a profound effect on the employee who is being garnished, as well as the employer who must implement the garnishment. It’s important for businesses of all sizes to understand the different types of wage garnishment, familiarize themselves with the laws governing them, and learn ways to accurately and efficiently process them.

Using best practices can help streamline an employer’s responsibilities and ease the potential anxiety an employee may feel with this sometimes-necessary workforce issue. 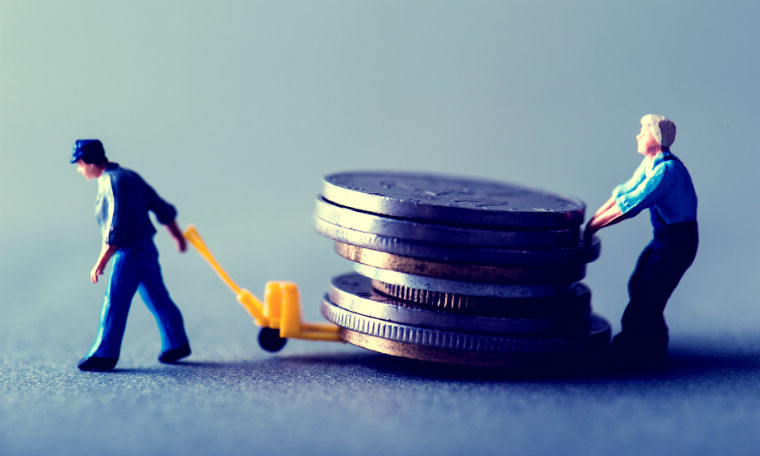 Summary The federal minimum wage rate is $7.25, but the rate is higher in 30 states, along with Washing...