It’s not easy being a media company these days.

It’s even more difficult, one might argue, to be a media company experiencing seismic transformational change. So is the case of Atlantic Media, publisher of the 159-year-old Atlantic magazine. S. Cameron Cox isn’t an editor or writer at any of the company’s esteemed publications, but ask any of his colleagues and it’s easy to see how his work has been equally as instrumental in the company’s recent growth and success.

th offices spread across the globe. In that span, Atlantic Media has launched new publications, expanded its headcount and reorganized its teams globally, all of which have required an astute leader on the talent and culture side to manage the change.

Even before taking on his current role in June 2016, colleagues say Cox has been a sought-after adviser to new hires and seasoned executives alike on matters relating to anything from the intricacies of people management to the technical minutiae of implementing a new benefits administration software platform and building a global recruiting function. 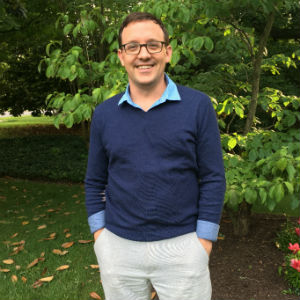