Not only are obese workers comp claimants likely to miss more work days than healthy-weight co-workers with similar injuries, obese workers are likely to have higher medical costs and are more likely to become permanently disabled, research has shown.

According to the Centers for Disease Control and Prevention, the prevalence of obesity among U.S. adults and children remained steady in 2009-2010 compared with 2007-2008. Some 37.5 percent of adults and nearly 17 percent of those up to age 19 were obese, which health experts say increases the risk of co-morbid conditions that include hypertension, diabetes, stroke, coronary heart disease and cancer.

Doctors may recommend weight-loss programs or even gastric bypass surgery for such patients, which also can prolong the case, said Laurie Ogsaen, workers compensation manager for Evergreen International Aviation Inc. in McMinnville, Oregon. Then, workers compensation payers may be on the hook for the bypass surgery as well as related medical complications or adverse reactions, she said.

“It just opens up a whole can of worms,” said Ogsaen, who noted that she is seeing obesity-related claims “creeping in more and more” across the 38 states where Evergreen operates.

In one such case, for example, a worker weighing more than 300 pounds sprained an ankle. Even though he was in his mid-20s, the worker’s treatment dragged on for seven months without reaching maximum medical improvement, despite physical therapy and light-duty jobs.

“I was reading over the doctor’s notes, and the first thing that jumped out at me was that the doctor indicated after seven months that, in his opinion, this employee’s ankle would not get better and he would not become maximum medical unless he lost a significant amount of weight,” Ogsaen said. “As soon as (the doctor) mentioned weight I said, “Oh no.’ “

Ultimately, the claimant agreed to settle the claim, perhaps to avoid a weight loss program.

Obesity is an ongoing workers comp issue and can add costs to a claim, said William Zachry, vp-risk management at Safeway Inc. in Pleasanton, California. He cited the example of knee replacement surgeries that otherwise may not be necessary.

Research has documented some of the ways obesity adversely affects workers comp claims.

A 2007 landmark Duke University analysis, for example, found that obese workers filed twice the number of workers comp claims as their counterparts. Their medical costs were seven times higher and they missed 13 times more days of work due to their injuries than did employees who were not obese.

In late 2010, Boca Raton, Florida-based NCCI Holdings Inc. also released research that found “the range of medical treatments and costs, as well as duration, typically is greater” for obese workers than those who are not obese with similar injuries.

Treatments that tend to be primary cost drivers in claims where obesity is a factor include complex surgery, physical therapy and drugs, NCCI found.

Additionally, NCCI found that “there is greater risk that injuries will create permanent disabilities if the injured worker is obese.”

“But then when we look at the top six most expensive claims—that (includes) musculoskeletal, fractures, strains and sprains—46 percent of those claimants are obese, so (they account for) the highest cost,” Bartlett said.

Such cases present an additional challenge for workers comp managers because the longer an injured worker is away from the job, the greater risk they will “decondition” and gain additional weight, making it even harder to help them return to work, several sources said.

According to workers comp claim experts, there also is the risk of increased mental health problems and challenging claimant behaviors, such as drug abuse, when claimants are obese, sources added.

For example, when a client asked him to evaluate their claim files on injured workers suffering from chronic pain—which often is treated with prescription pain drugs—Michael J. Shor said he noticed a high percentage of the claimants had body mass indices indicating they were obese.

Then looking through medical literature, the managing director of Best Doctors Occupational Health Institute in Boston said there was some correlation between obesity and chronic pain.

And injured workers’ social fears, due to their body image, can complicate efforts to help them through exercise programs that can aid in reducing their weight, said Julie A. Fortune, senior vice president and chief claims officer for Arrowpoint Capital in Charlotte, North Carolina.

“They may be extremely uncomfortable” participating in an exercise program, Fortune said. “It’s also a challenge for the doctor to put together an appropriate treatment plan and for the claimant.” 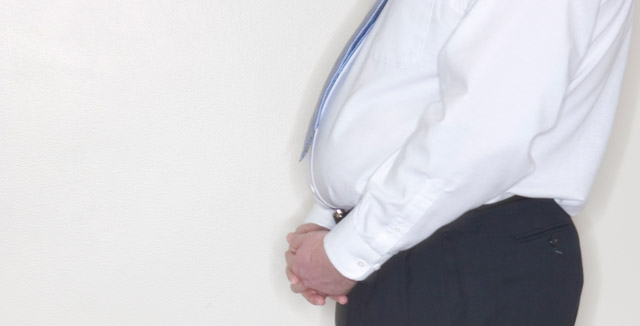