Building a Sales Team Starts With the First Impression

Being successful in a sales career is about much more than being persuasive. It is about strategy and skill and having a clear vision of the company’s future. But how does a company build a successful sales team?

Experts say look at a candidate’s appearance when hiring and pay attention to your initial reaction. Once they’re on the team, train, train, and train some more.

It is a mistake to rely solely on personality when hiring sales professionals, says Dirk Gorman, a founding partner of consulting group Become Capable Today, which helps organizations build sales cultures. It is about the whole package, beginning with the candidate’s appearance during a face-to-face interview.

Gorman, who also is a founding partner of the Belle Harbor, New York-based medical device distributor Empire Surgical Products, does all of his own hiring, eschewing the use of executive search companies in favor of doing the interviewing internally.

Gorman says he looks for candidates who embody the culture of his company. The candidate must dress professionally, he said, which in his business means wearing a suit.

Looking the part inspires confidence in customers and projects an air of professionalism, he says, but adds that in other industries, different styles of dress would be more appropriate. Apple Inc. is an example of a company whose employees’ attire perfectly projects the company’s culture and the spirit of its products, he says.

“If you look at Apple’s retail stores, the sales team has the look and feel of Apple,” Gorman said. “They are average people who are incredibly excited about the products. They aren’t dressed especially nicely but their uniforms are clean and simple, just like the products.”

Job hopefuls also must be able to make engaging eye contact and tell a captivating story, he said. Gorman believes it is crucial that a candidate be able not just to lay out their past accomplishments but show that they had a rational decision-making process for important moments in their life—for example, why they selected the college they attended or made a job change.

“It is important that you—the hiring manager—enjoy listening to the candidate,” he said.

Woody Staub has 25 years of experience in medical device sales and is now president of his own company, CMJ Medical, which has offices in Pittsburgh, Philadelphia and Washington, D.C. He also is a believer in the power of the first impression.

“My first impression during a job interview is going to be the customer’s first impression,” Staub said. “Candidates need to be someone that you would want to do business with. While we have great products, more and more in this economic environment people do business with people they really trust and like. That is the first hurdle.”

Staub also looks for consistency on a résumé—no large gaps in employment—and for examples of obstacles the candidate had to overcome in the past. Gorman also looks for candidates who have shown resolve in past commitments, considering all notable accomplishments, not just past work experience.

“You hit some obstacles that could possibly have derailed you and you obviously figured out how to overcome those.”

Achievement could also come from work with a church or charity, or from leadership shown in clubs and organizations.

“Work experience isn’t the be-all, end-all,” Gorman said. “I do not believe that just because a person has three- to five years’ sales experience that makes them a good salesperson. Being a ‘people person’ is not enough. Sales is a strategy, sales requires an unbelievable amount of determination and preparation.”

For the right candidate, both Gorman and Staub say they are willing to take a chance on hiring a recent graduate with little work experience.

“I will consider someone right out of school. I like training folks from the beginning—my way,” Staub said. “If you find people with the right attitude, the right cognitive ability and a track record of success in high school and college, with the right kind of training you can really do well with some young reps. Put it this way: They don’t have any good habits yet but they don’t have any bad ones either.”

For Carla Anderson, founder of the executive sales search firm C. Anderson Associates based in St. Paul, Minnesota, past work experience is necessary, as are what she calls the “soft skills” of sales, like being assertive, confident and a strong problem-solver.

“At the level we are making placements, experience is crucial,” she said. “I need to know that a candidate has the skills necessary to seek out new business and that they will be able to pull a prospect through the sales process.”

According to research done by the Aberdeen Group, despite the recent economic downturn, sales training has emerged as an imperative expense for companies seeking to be competitive. Since 2009, Aberdeen’s studies have found an increased focus on regular sales training. In a survey of 970 organizations published this year, Aberdeen discovered that 707 utilize sales training. Of those, 91 percent rely on instructor-led training as their primary modality and 85 percent have defined competencies for each sales role.

Gorman agrees that training is a crucial part of building an elite sales team. His company takes it a step further than instructor-led training classes, employing instead a continuous training model. Gorman’s company has developed a smartphone training app called PEPPER, which stands for professional excellence, peak performance, elite results.

The app generates problems or obstacles that might be encountered in the field. Every morning employees receive a new problem and they are required to solve it on the spot. Their responses are shared with the entire company via an internal site, which serves double duty as both a collaborative sales communication tool and a ranking review system. The software, according to Gorman, both allows individuals to improve their sales skills and creates a collaborative environment in which salespeople can learn from one another’s successes and failures.

“We are of the firm belief that practice makes perfect,” Gorman said. “We believe that the deliberate practice of sales—just like in golf or any other skill—is the key to a strong sales team. We treat sales like a serious skill that needs to be honed,” Gorman said. “The biggest mistake I see in sales teams is not training on a regular basis. They are too confident in their ability to communicate and charm and therefore shoot from the hip”

Aberdeen’s research supports this idea. Its recent report shows a clear connection between the use of sales training and a company’s quota attainment, both for sales teams and for individual salespeople. Those companies that incorporate training into their sales strategy consistently outperformed those that didn’t.

“While we have seen companies continue to express doubt in the economic recovery, they continue to enhance their spend on sales training regardless of budget cuts or travel restrictions,” Peter Ostrow, research director of sales effectiveness for Aberdeen, writes in his report Sales Training 2011.

A major difference between high-performing companies and other firms has to do with training investments, according to the report. While the “best-in-class” firms employ 25 percent fewer sales reps than other firms, they spend a lot more on sales training: $408,000 per year compared with $302,000 and $294,000, respectively, for “average” and “laggard” companies.

In addition, according to Ostrow’s research, the top performers allocate 38 percent of their entire corporate training budget to the sales team vs. 30 percent at average performers and 22 percent at laggards.

“The ‘Best-in-Class’ learned to put their money where their talent is,” Ostrow wrote, “and are clearly showcasing peak performance results as a reward for their sales training.” 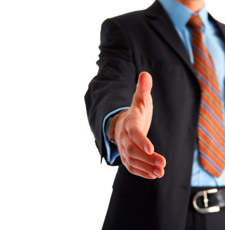