Appetites for Carrots and Sticks Shift with Wellness Perks

A step competition may aim to motivate employees to adopt a more active lifestyle while a weight-loss program could push employees to be more conscientious of their diet.

But when it comes to influencing long-term behavior, the popular carrot-and-stick model, which relies on extrinsic motivation like rewards and punishment to influence people, isn’t necessarily the most effective.

“We’re not opposed to carrots or sticks when they are used appropriately,” said Howard Kraft, Mercer’s total health management specialty practice leader in the U.S. But they’ll ultimately only work on a short-term basis, he said, adding behavior change is more difficult and requires that employees are intrinsically motivated.

There are many examples of companies misusing the reward-punishment approach. In 2013, Penn State University’s wellness program included a monthly $100 noncompliance fee for employees who chose not to participate, but soon dropped the requirement after employee protests over privacy concerns prompted a public outcry. Such plans are doomed to fail, according to Joe Ellis, senior vice president of CBIZ Inc., an employee services company.

“There are a lot of poorly designed plans,” he said. As with Penn State, if employees complain about being punished for not participating, it’s a different story. A smoker may decide not to join a smoking cessation program and therefore not receive a reward in the form of a premium discount. This person, who is now paying a higher premium than others for their lifestyle choice, may feel like they are being punished.

“The employer becomes the conduit through which those who do wish to change something in their life can access tools to do so,” said Ellis, but not everyone will choose to use those tools and participate.

“I would never recommend somebody be punished for not participating,” Ellis added. “There may be rewards for people who engage in healthy behaviors and no rewards for those who don’t. If you construe that as punishment, that’s your perception and I can’t help that.”

Incentives are governed by several regulations including the Health Insurance Portability and Accountability Act; the Affordable Care Act; the Americans with Disabilities Act; and the Genetic Information Nondiscrimination Act. Companies don’t have free reign on how they use them in a wellness program.

And their use appears to have limited value. Forty percent of employees don’t receive incentives because they choose not to participate and only 42 percent get the full incentive available to them, according to the 2016 report by Willis Towers Watson, “New EEOC Rules Encourage Rethinking Incentives and Wellness Programs.” Employees are becoming less comfortable with incentives based on health outcomes and incentives designed as penalties.

In the long-term, what will work in terms of behavior change is some blend of self-motivation, social connectivity and changing the status quo, Kraft said.

“A company can influence the work environment and culture to be more supportive of health and well-being; that’s where you’ll see a bigger difference,” he said. The first step for all employers is to be honest about the level of trust employees have in the organization regarding the health and well-being of its workforce.

“When an employer has the trust of the workforce and demonstrates a strong commitment to health and well-being, motivating people to do certain things and have certain behaviors becomes easier,” said Kraft. Using rewards and punishments smartly can have an impact.

“It’s the companies that simply think a stick or carrot by itself is the silver bullet; that’s where they get in trouble,” said Kraft. 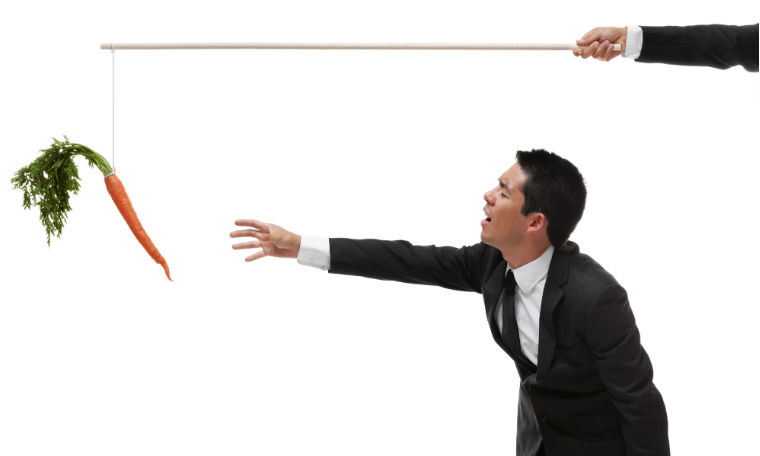